An Amazon acrobat: New video footage of the slingshot spider

Watch this new video footage of the slingshot spider deploying Spiderman-like acrobatics to catch its food.
by Hendrika Janssen 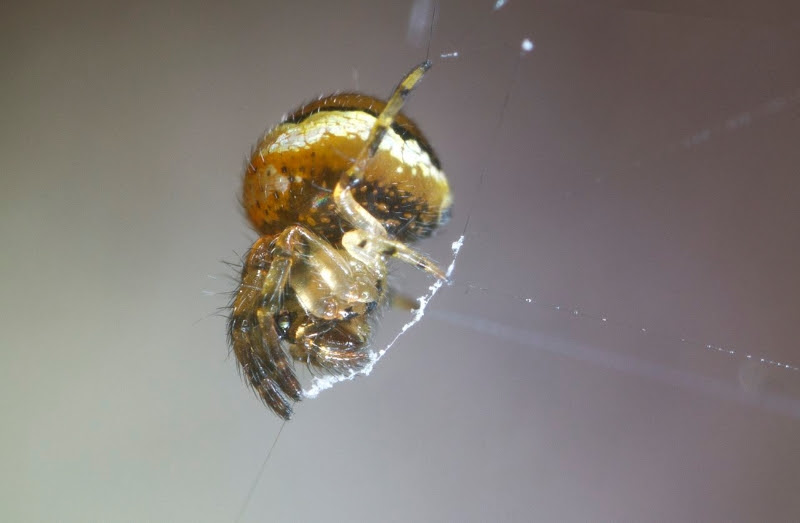 Up-close with a slingshot spider Photo from Rainforest Expeditions

An Amazon acrobat: New video footage of the slingshot spider

You know the anxiety and fear that goes hand in hand with walking into a spider web by mistake? Now imagine how much your concerns would get elevated if the spider web was launched at you!

New video evidence shows this is the exact tactic employed by a relatively unknown group of spiders in the Amazon from the Theridiosomatidae family, including the slingshot spider. Filmed by Jeff Cremer from Peru Nature (of the Rainforest Expedition company), this 30 second video depicts how a tiny spider catches insects by using its web as a slingshot.

The Slingshot Spider was identified approximately 80 years ago, but until recently, very little was known about the arachnid. Luckily these spiders are less than 1 cm in size and not harmful to humans. Mosquitos, flies and other small insects should take heed!

But how does the spider use its web as a slingshot?

The tiny creature begins by building a fairly standard web, comparable in size to the palm of a human hand. What is however unique is that in the center of the web, a silk drawstring is created that is attached to a solid surface in close proximity. According to Tia Ghose from Rainforest Expeditions, the tiny hunter then “bunches up in the terminal hooks on its legs to pull the web off-center into a cone shape.”

As potential pray draws near to the web, the spider will suddenly release itself and the entire web jolts forward, similarly to a slingshot, but with the spider attached. Jeff Cremer explains to Tia Ghose: “the web goes flying, and so does Mr. Spider.” 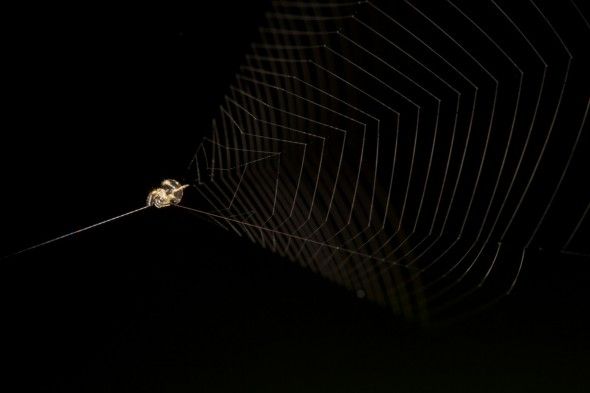 With careful aim, the prey gets stuck in the sticky web. Lary Reeves, a researcher who helped identify the spider at the Los Amigos Biological station in Peru says: “it seems to me that these spiders are specializing in capturing freshly emerged flying insects, likely flies or small mayflies, as they emerge from the water to disperse.”

The speed of the slingshot spider is impressive, and it is almost unnoticeable on film, even when filmed at 60 frames per second. Cremer wrote an email to the Huffington Post in which he admits to the difficulty in getting his shot: “we were in the middle of the Amazon jungle, in the middle of the night and standing in about 50 cm. of water with mosquitos flying.” Only a flashlight was used to illuminate the spider.

Tour the Amazon and explore these fascinating creatures

Latin America for Less organizes customized vacations to the Amazon, including to the Tambopata National Reserve. Contact us to start planning your own vacation. 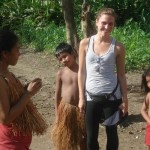