In this travel tale join us on the journey of Kristina M., LAFL travel advisor, as she explores the breathtaking scenery of Salar de Uyuni salt flats.

In this travel tale, join us on the journey of Kristina McKinney, a Boston, Massachusetts native and travel advisor for LAFL, as she explores the Salar de Uyuni salt flats. For its breathtaking scenery, this is the perfect destination for Bolivia travel.

Kristina McKinney was living in Cordoba, Argentina when she decided to take a trip to Bolivia to explore the Uyuni salt flats. She chose to go with little information about the flats and did not even have a Bolivia travel guide book to advise her. Kristina chose to wing it showing her truly adventurous spirit and see where this journey would take her. This completely spontaneous trip to Bolivia ultimately ended up being one of Kristina’s favorite South America travel experiences.

To get to Salar de Uyuni, Kristina had to take a bus ride on the road from Argentina up to elevations as high as 13,000 feet, passing the most humbling and breathtaking mountains that the country has to offer. Before she would embark on her journey, she was immediately confronted with an obstacle when she arrived to the Bolivian border from Argentina. Kristina was unaware of the fact that she needed a visa to enter into Bolivia. Fortunately, she was able to obtain the visa at the border and after a 2-hour long application process, she continued on her journey.

Before Kristina’s private jeep tour she decided to make a pit-stop to go horseback riding for around $10US. She was enamored with the opportunity to do this because it was a great non-traditional way to see more of Bolivia’s beautiful countryside. She headed to her next destination, Tupiza, where she would arrive to after a six hour 4×4-jeep ride. This particular part of the trip was notable for Kristina; “The jeep was the one of the highlights of the whole experience. It made me feel like I was on an adventure, driving through the beautiful scenery of rolling green hills and red rocks. My group and I spotted llamas just about everywhere. At one point during the drive we were chasing alongside llamas with our jeep.” The trip ended up arriving in Uyuni later on in the evening where Kristina stayed at a salt hotel. Everything in this salt hotel from the beds, to the tables, to the walls was completely composed of salt.

A five in the morning wakeup call allowed Kristina to catch a glimpse of the breathtaking sunrise on the Salar de Uyuni salt flats. When it finally started to rise she noted the contrast of the piercing white salt flat amidst the visually-striking colors of the sun on the horizon. Due to its flatness, the unique landscape serves as the perfect backdrop for taking creative photographs. Kristina, among many other travelers, took advantage of the scenery and has a collection of optical illusion pictures. Some of the Kristina’s favorite poses were of her in a dancer’s stance on top of one of her friends’ heads and also one of her with her group of friends that appear to be standing on top of a pair of sunglasses. After her Salar de Uyuni tour, she was led back to Tupiza before heading home to Argentina.

Kristina in an example of one of the many optical illusion photos you can take.

The only thing that Kristina regrets about her trip to Bolivia is; “Not going to visit Salar de Uyuni after the rainy season when there is water on the salt flats. My friend told me that the salt flats look like heaven when there is water on it because of the clouds reflection on the ever clear standing water.” She would go back during the wet season in a heartbeat and highly recommends this experience to any traveler interested in trips off the beaten path.

Contact one of our travel experts to start planning your trip today!

END_OF_DOCUMENT_TOKEN_TO_BE_REPLACED 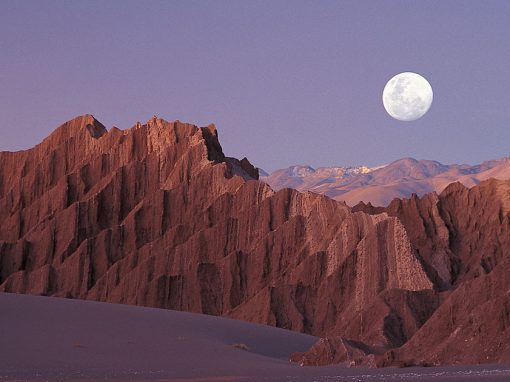