Why it pays to not “chicken out”

Carol Feider was reluctant to set off on her trip to Peru. After having the adventure of a lifetime, she's glad that she didn't chicken out.
by Peru for Less 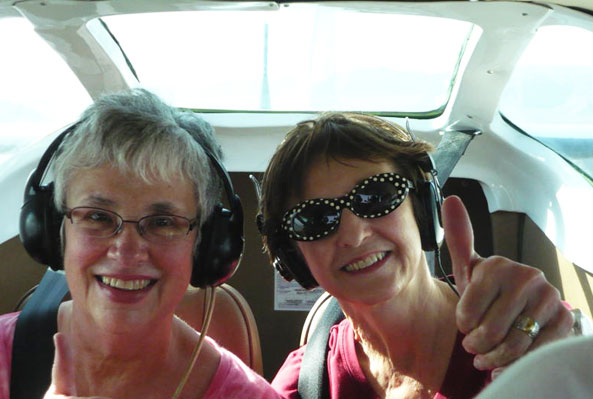 Why it pays to not “chicken out”

Before my friend Bev and I took our trip to Peru in January 2012, I was a nervous wreck, asking myself–Why on earth am I going to Peru?  What should I take?  What should I leave home?  What will I do if there’s an earthquake?  Am I nuts for going to Peru?–I’m 67 years old, for pete’s sake.  Now that I’ve been there, I have to say that the trip was fabulous and I’m so glad I didn’t chicken out.  Here are some of the highlights and some of the things I learned, plus some of my impressions, for whatever they’re worth.

* Lima is the second largest city built in a desert.  (Cairo is the largest.)  The desert part explains why it hardly ever rains in this part of the country–like practically never.  However, it was the rainy season in other parts of the country, which added to the adventure.  We got caught in a deluge in Cusco and it took two days for our jeans to dry.  We were hit by hail in a reed boat on Lake Titicaca.  And it was rainy and foggy on our second day at Machu Picchu, which was actually pretty spectacular.  The upside of all the rain was that everything was green and lush and beautiful.

* The Peruvian people were friendly and nice and helpful.  Fewer of them spoke English than I expected in tourist areas, but that was a good reminder to me that I should be less insular and I should learn Spanish.

* The Ballestas Islands were great.  I’ve never seen so many birds in one place at a time.  The sea lions sounded just like the sea lions in the Kansas City zoo that I could hear from my house when I was growing up.  Very nostalgic for me.

* The plane trip over the Nazca Lines was memorable.  You kind of know what to expect when they warn you not to eat or drink before the flight.  It was a small plane and the winds were big.  I have to admit I didn’t spot all the lines they pointed out–it’s hard to focus when the plane is bouncing and banking and dipping its wings all at once.  I know there are all these theories about aliens landing and carving the lines but that’s an insult to the people who actually did them.  They had to be plenty smart to figure it all out and then do it.

* We saw llamas and alpacas and vicunas grazing all over the place.  We learned that llamas have longer legs and straight-across backs.  Alpacas have shorter legs and curved backs.  Vicunas are smaller.  Or something like that.

* We took a boat ride out to Taquile Island in Lake Titicaca (the lake with the name that makes 12-year-old boys everywhere laugh uncontrollably).  We discovered that the island tour included quite a hike.  The path was very steep in some places, but most of it would have been just a regular walk if there was enough oxygen in the air to breathe, which there wasn’t.  Then to get back to the boat, there were 550 steps to go down.  It was a challenge–(that’s an understatement).

* One of the things I learned on the trip is that we learn virtually nothing about South American history in school.  Or at least we didn’t when I was in school.  Hopefully it has improved.

* Because Machu Picchu is so famous, it’s easy to think that those are the only ruins around.  But there are ruins all over the place.  On our city tour of Cusco alone, we saw four separate sites of ruins.  There were lots of ruins in the Sacred Vally, too–Raqchi,  Moray, Ollantaytambo.

* Machu Picchu is definitely not over-hyped.  It’s more spectacular and amazing and beautiful in person than it shows in pictures.  The people who built it were really smart to figure out how to do so many engineering skills and they must have worked really, really hard to build a city in that location.  It’s hard enough for us to get there now–how on earth did they ever do it?

* Public transportation works well in Peru.  They serve food on almost every conveyance.  We got sandwiches or something to eat on buses, trains, and planes.  They even served tea and cookies on the boat on Lake Titicaca.  Is that civilized or what?

* The impact of global warming is visible in Peru.  There are mountains that have been snow-covered forever and now they’re bare.

* Bev and I did our part to support the Peruvian economy.  Our luggage was stuffed full on the way home.  I tried to buy small things (earrings and necklaces) but some larger items (a model reed boat, a stuffed alpaca toy) seemed to find their way into my suitcase.

I have such good memories of the trip.  Latin America for Less had everything so well organized that we had no glitches at all.  Even things like rain have just become part of the story. 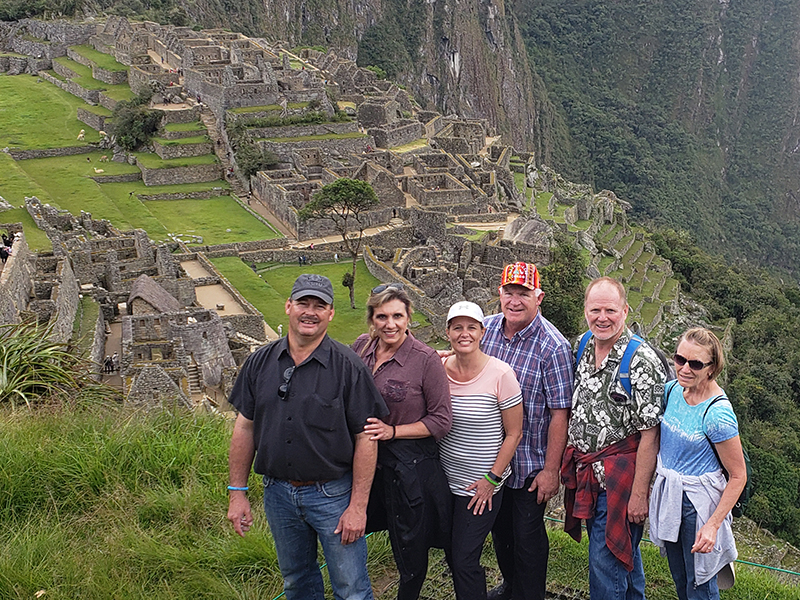 “This adventure was well worth every penny. The details Peru for Less thought and planned for us show they know the area and care about their travelers.”

END_OF_DOCUMENT_TOKEN_TO_BE_REPLACED 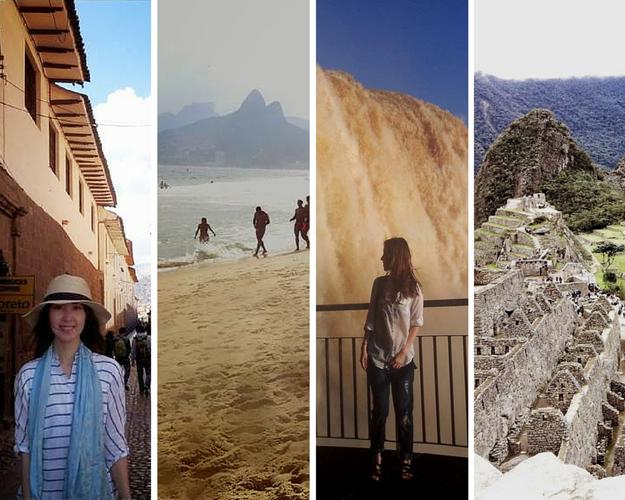 Fashionista and travel addict, Lena, from The Superfairy blog raves about her trip with Latin America For Less.