Add a Pisco Sour, and you've got a party.
by Kaitlin Nunn 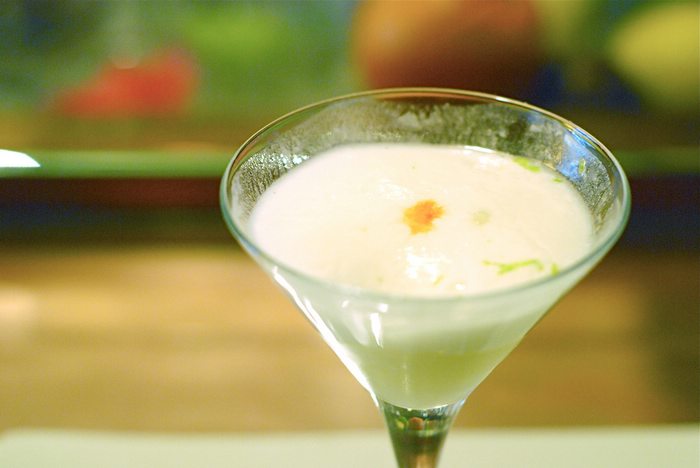 You want a cocktail not too sweet or syrupy, but not too bitter either. You want the thick and frothy crema to shiver atop the glass. You want a Pisco Sour. The traditional Peruvian drink is a symbol of national pride. It even has its own holiday – the first Saturday of February. It’s ingredients vary, but a basic recipe includes Pisco, a regional brandy, Peruvian lemon juice (which is more like a lime), beaten egg whites, sugar syrup, and Angostura bitters.

Legend has it that Spanish colonizers experimented with native Quebranta grapes until they came close to something resembling a brandy. The concoction was named after the port from which it was exported, Pisco, south of Lima. The Morris Bar in Lima coined the Pisco Sour at the beginning of the 1900s, and soon after, hotels around the city were serving the cocktail.

Where to find the best piscos in Lima

The locals will debate for hours over the finest place to down a Pisco Sour in Lima. But you’re guaranteed a lip-smacking good time at any of the following places.

This small deli and sit-down restaurant can serve up a mean Pisco Sour. Their menu covers all the basics and makes a great introduction to Peruvian food.

This traditional Peruvian restaurant mixes fruity Piscos, and the Pisco sour, also known as the bruja (“witch”) sour, is made with crushed coca leaves.

Save your pennies so you can splurge on this pricier place. If you want to sit down at this sophisticated Italian restaurant, make sure to get a reservation. Otherwise you can head straight for the bar.

The bartender at this English bar must be doing something right, because he´s won the annual Pisco Sour contest twice in a row.

Plan your own exciting tour of Lima and other popular destinations in Peru. Call and talk with one of out expert travel advisors.

Kaitlin is a contributing writer for our travel blog.

This mystical Andean plateau outside of Lima is a perfect weekend trip for hiking lovers.

END_OF_DOCUMENT_TOKEN_TO_BE_REPLACED

Discover who they are, what they do, how much to tip, and more.