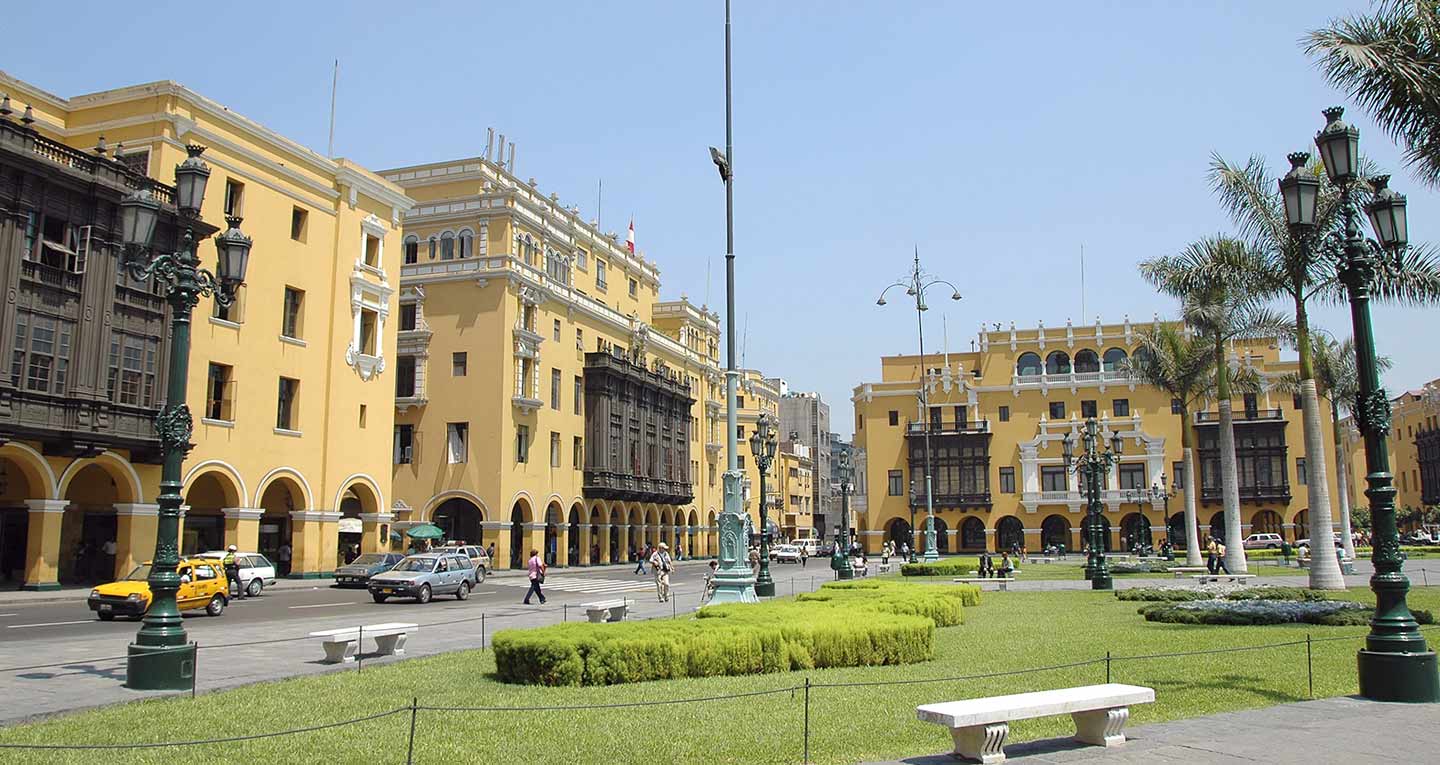 Pueblo Libre, San Miguel, and Surco are slightly off the main tourist trail in Lima, but the great museums and parks in these districts are worth visiting. Browse our guide below for essential facts, travel tips, and top attractions.

Known until 1821 as Magdalena Vieja, Pueblo Libre (Free Town) earned its new name for the the fighting spirit of its residents who fought for independence from Spain. The general Jose de San Martin lived in a grand home here, which is today the site of the National Museum of Archeology, Anthropology, and History.

Learn about Peru’s history from 14000 BC to the present through the artifacts of civilizations past. Separate exhibition rooms are dedicated to the Chavin, Pucara, Paracas, Huari, Chimu, Chancay, Inca, Amazon cultures, as well as to the historical eras of Conquest and Colony, Bourbon, Independence, and Republic. The collection includes Peru’s most valued national treasures such as the Raimondi Stela, the Tello Obelisk, examples of Paracas textiles, and exceptional paintings from the Cusco School of Art.

Located on the Lima coastline and bordered by Callao to the north and Magdalena del Mar to the south. Large portions of San Miguel district are taken up by the sprawling Parque de la Leyendas and the campuses of Universidad San Marcos (Lima’s oldest university) and Pontificia Universidad Catolica del Peru (PUCP).

If you’re traveling with kids, head to Parque de las Leyendas for a fun day of education and entertainment. The park is located in the Maranga complex, the largest pre-Columbian archaeological site on the coast. Interspersed among pyramid-shaped huacas (temples), you’ll find a zoo, botanical garden, artificial lagoon with pedal boats, picnic areas, and game zone. There are also three small museums including the Maranga site museum which displays artifacts and mummies found on-site. Meanwhile the zoo is the place to learn about and experience Peru’s three climatic regions costa, selva y sierra (coast, rainforest, and mountains) and the species that live there. Note that this is a favorite weekend spot for Lima locals; go on a weekday to beat the crowds.

Callao is usually on people’s radar only as the province where Lima’s main airport and sea terminal are located. However, lovers of the seascapes and old architecture will find a few things to do in Callao. The top attraction is the Felipe Royal Fortress. Once you’re there, it’s just a few more minutes down the road to the charming La Punta beach resort. Interested travelers can also arrange a boat tour to the small islands near Lima, including San Lorenzo, whose resident fauna piqued the curiosity of Charles Darwin, and Cavinzas, a haven for migratory seabirds.

Visit the Real Felipe Fortress and be transported to a time when Lima was the most important and the wealthiest city in the Americas. From the port of Callao, gold and silver from the Andes flowed out to Spain, and expensive goods flowed in. The fortress was built to protect the port in 1774, one year after a major earthquake destroyed the city walls and exposed Lima to attacks by pirates. The on-site museum details the history of the fortress and includes displays of uniforms, weapons, and military paraphernalia from different historical eras.

From Real Felipe, continue to this tiny, peaceful neighborhood for a different side of Lima. La Punta (The Point) is located on a narrow peninsula surrounded by water on all sides except on the northeastern side where it connects to the Callao province. You’ll see tidy streets lined with an architectural mix of mansions built in the late 19th and early 20th century and modern houses and apartments. The pebbly beaches at La Punta are popular during the summer months, but be warned that the water is quite cold. Head to the plaza at the end of the peninsula and enjoy the view. A few cevicherias serve sea food at inexpensive prices.

Jorge Chavez International Airport (airport code: LIM) is the main international and domestic airport in Peru. Many travelers arrive through this airport and then catch a connecting flight to popular destinations including Cusco, Arequipa, and Iquitos. Lima city’s major attractions are some distance from the airport – 12 km to the city center and 19 km to Miraflores. There is one hotel at the airport, the Wyndham Costa del Sol, though most travelers prefer to stay in Miraflores, Barranco, San Isidro, or the historic city center.
Location: Av. Elmer Faucett s/n, Callao

Known as Surco for short, this district east of Miraflores is one of Lima’s most diverse. It is home to prestigious universities including the Universidad de Lima and Universidad Peruana de Ciencias Aplicadas.

A two-in-one museum, housing collections focused on “Gold of Peru” and “Weapons of the World.” The museum is the private collection of Miguel Mujica Gallo, a prominent 20th century Lima businessman. The gold pieces include masks, zoomorphic figures, ornaments, jewelry from diverse pre-Columbian cultures, while the weapons are from various world regions and epics and include swords, daggers, spears, guns, pistols, and more.

The most convenient Lima accommodation option for travelers seeking a worry-free transfer between the hotel and the airport. Wyndham Costa del Sol offers a full range of amenities for business and leisure travelers. Facilities include a 24-hour restaurant as well as a spa with massage services for utter relaxation.

This small, family-owned guesthouse is located one block from the coastline (where a monument of John Lennon overlooks the sea) and 15-20 minutes from the airport, the historical center of Lima, and Miraflores. The 17 clean and comfortable rooms are available as singles, doubles, or triples with private or shared bathrooms. Common areas include a patio, lounge with cable TV, bar and breakfast salon.

I’m arriving to the Lima airport late at night. Is it safe to take a taxi or should I book a transfer in advance?

Arriving anywhere after a long haul flight can be disorienting. Booking a transfer in advance will save you the headache of figuring out logistics. Usually, a driver will meet you in the arrivals hall  holding a sign with your name on it. You can arrange a transfer in advance through your travel agency or your hotel. There are also taxi counters within the airport. Taxidatum is a new taxi service that you can book online; Green Taxi is an alternative standby. If you’re arriving during the day and need to transfer to Miraflores, you can also book the Ebus Airport Shuttle in advance.

Is there public transportation in Lima?

Yes, the Metropolitano bus system is an fast, easy, and inexpensive way to get around if you’re exploring Lima on your own. The bus routes have stops at major attractions throughout the city, including the Lima historic center, the Magic Water Circuit, Parque Exposicion, Miraflores, and Barranco.

Is it better to exchange money at the airport or in the city?

You can get much better exchange rates in the city. If you need Soles to pay for taxi fare or other necessities, change a small amount enough to cover that and get the rest in the city (Lima or your next destination).  Another option is to withdraw money in Soles from an ATM on arrival at the airport.

Larcomar – a dining, shopping, and entertainment complex perched above the sea – retakes the ocean front in Lima and serves as an architectural emblem of a city that has found new energy and vigor in the 21st century.

Introduction to Peruvian cuisine: A gastronomical tour in Lima

Learn where to buy produce and how to select the best ingredients to make some classic Perivian favorites, like ceviche and lomo saltado.

The neighborhood of Barranco is a Peruvian artists’ muse.Enjoy its unique taste of colorful architecture amid a budding art scene.