At a glance: The Sacred Valley of the Incas

Discover the Sacred Valley on your trip to Peru. Visit impressive Inca ruins and don't miss out on the opportunity to get a dose of the local culture!

Many travelers ride the train through the Sacred Valley on a visit to the southern Peruvian highlands: a route that connects the city of Cusco to Machu Picchu. While visiting this region of Peru, checking out the Sacred Valley is an absolute must. The valley is the definition of beauty! There are several well-preserved Inca archeological sites to visit and its dramatic landscapes are home to Quechua communities that offer unique opportunities to interact with the local culture.

The natural history of the Sacred Valley (Urubamba Valley) is a tale of mighty glacial rivers carving through solid earth to shape one of the most environmentally diverse basins in the Peruvian highlands. From the flat floor of the fertile valley, hills and mountains climb higher and higher to elevations where snow accumulates year round. Above the ice-capped peaks (the apus, or divine spirits, of Inca mythology), there is only the boundless Andean sky. The Urubamba/Vilcanota River runs through the valley, and in Inca times, its flow was thought to mimic the shape of the Milky Way.

It’s hard to believe that the Sacred Valley is actually more beautiful in person!
Photo by Boris G/Flickr

Pre-Columbian societies constructed terraces on the steep sides of the valley’s hills, transforming the region into an agricultural breadbasket. The Inca state later used the valley as a religious center and an agrarian laboratory to experiment with crops imported from the empire’s distant regions and altitudes. The Sacred Valley is thus considered “sacred” both because of the number of worshipping sites concentrated therein and for its central importance in the quotidian economies of past and present indigenous populations.

In the 21st century, threats facing the Sacred Valley illustrate the ways in which global warming jeopardizes the capacity of communities to sustain themselves through traditional agricultural activities. It has also become a staging ground to address these problems in innovative ways. Efforts to combat the negative effects of climate change in the Sacred Valley include the safeguarding of crop diversity, as well as the promotion of sustainable tourism and geotourism in partnership with indigenous communities.

Check out all the cool stop in the Sacred Valley, from Cusco to Machu Picchu.
Graphic provided by Frank Gould/FrankGouldAmazonWeb.com

The Sacred Valley stretches between the towns of Pisac and Ollantaytambo, northwest of Cusco city. Elevations range between 2,790 meters (9,000 feet) on the valley floor to 5,000 meters (16,000 feet) and above at the highest peaks. The altitude and the valley orography together create vistas of striking beauty as well as distinct weather patterns characterized by warm days, cool nights, high precipitation between November and March, and dry conditions during the rest of the year.

The Sacred Valley is home to more than 65,000 permanent inhabitants, or approximately 10 percent of Cusco’s total regional population, a large part of which is grouped into rural indigenous communities – although the national trend toward urbanization is altering this social composition. These native communities have long been key actors in the economic and political development of Peru. In the Sacred Valley, they produce nearly 10 percent of the regional GDP through family and community-based agriculture, fishery, and small manufacturing activities.

While the growth of tourism and the market economy has disrupted many traditional activities, valley communities have also adapted to meet these changes. In some cases, individuals become workers for hotel franchises and other businesses; in other instances, they establish their own community-based services and sustainable ecotourism projects.

Indigenous Quechua communities in the Sacred Valley of the Incas continue to be the guardians of centuries-old practices, for example, in the use of non-monetary forms of exchange or barter called trueque. In food, dress, music, dance, myths and legends, they preserve the ancient rites and customs that provide a link between the deep history of the Sacred Valley and contemporary life in the Andes.

The salt mines of Maras are an ancient site still use today.
Photo by dachalan/Flickr

The Sacred Valley boasts a rich concentration of archeological sites. First and foremost, there are the fortress of Ollantaytambo and the ruins of Pisac, both of which stand on terraced mountainsides overlooking Andean towns. Then there are the ruins at Chinchero, Maras, and Moray. Beyond that, there are a host of sites, some only recently excavated, others more waiting to be rescued from under the dust of centuries.

Almost everywhere you look there are ancient agricultural terraces, some of them still is use, all of them conforming to the steep slopes of mountains. This abundance of archeological evidence gives a special quality to the Sacred Valley. It is a constant reminder that people have lived and thrived in this place for a very long time.


How to get there

The towns of the Sacred Valley are accessible by bus or private transportation via the Cusco-Pisac highway (longer) or the Cusco-Chinchero highway (shorter). Routes depend on how much of the valley you want to see and how fast you want to travel. Most visitors do a combination of both routes, going through Pisac, traversing the length of the valley to Ollantaytambo, and returning to Cusco through Chinchero.

Plans are in the works to build a new airport on the Chinchero plateau to better serve the larger Cusco area. This Chinchero airport would allow more frequent domestic flights and possibly international ones. Although this has been a long-term project of several regional administrations, the plan to build an “airport in the clouds” is controversial due to the potential negative impacts on the local community, its economy, and the environment.


Plan your own Sacred Valley Tour

Peru For Less offers a variety of exciting and culturally rich tours throughout the Sacred Valley and Machu Picchu.  Call and talk with an expert travel advisor to start planning your dream trip today!

END_OF_DOCUMENT_TOKEN_TO_BE_REPLACED 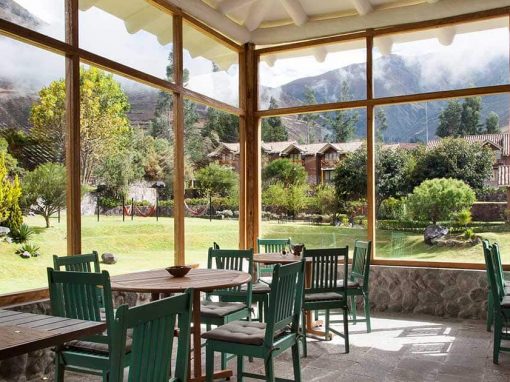 The variety of Sacred Valley restaurants have expanded and diversified, and so has our list of the region’s must-try options.