A high altitude adventure to Pariacaca

The entire Pariacaca-Yauyos region is a place of rare beauty, made all the more special because few outsiders ever visit. 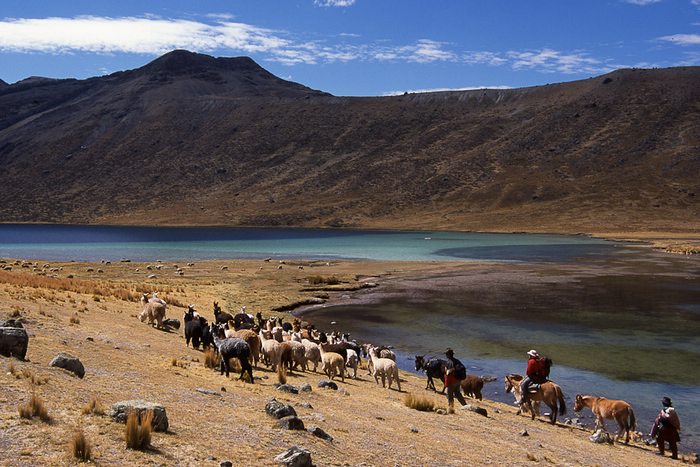 A trek in Peru is not complete without llamas. Photo by Stéphane Vallin/Yunka Trek

Yunka Trek is a company of experienced guides who’ve spent years exploring Peru’s mountain ranges (known as “cordilleras” in Spanish). We asked Yunka to pick out the most spectacular trek in Peru and their answer was definitive: Pariacaca.

Located just 200 km west of Lima in the central Andes range, Pariacaca (5,750 m) is easily accessible, but very much off-the-beaten track. The entire Pariacaca-Yauyos region is a place of rare beauty, made all the more special because few outsiders ever visit. Yunka Trek offers three itineraries into the zone, where travelers can appreciate the natural beauty of the region, explore pre-Inca and Inca sites, and gain insight into the deep spirituality that the landscape inspires. 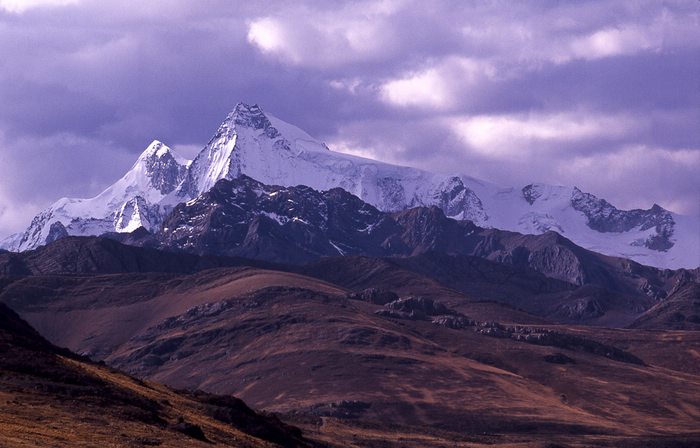 The triangular peak of Pariacaca is a constant companion for hikers who walk along its flanks.
Photo by  Stéphane Vallin/Yunka Trek

The Inca Trail to Pariacaca

For most people, the two words “Inca Trail” signify the hiking route to Machu Picchu. In fact, this 45-km path is just a small segment of a massive network of footpaths, denominated the Qhapaq Ñan, which linked the far-flung corners of the Inca Empire to the central hub in Cusco.

Most Inca roads were designed to facilitate transport, communication, and conquest; others led to places of religious significance. The Inca Trail to Machu Picchu is one example. The trail that leads to the icy flanks of Pariacaca is another. Using the trail that led from Pachacamac (a pre-Columbian ceremonial center 40 km southeast of Lima) to the west and the Andean town of Jauja to the east, pilgrims from near and far arrived to pay tribute to the powerful spirit, known as Apu Pariacaca, who resided on the mountain peak. 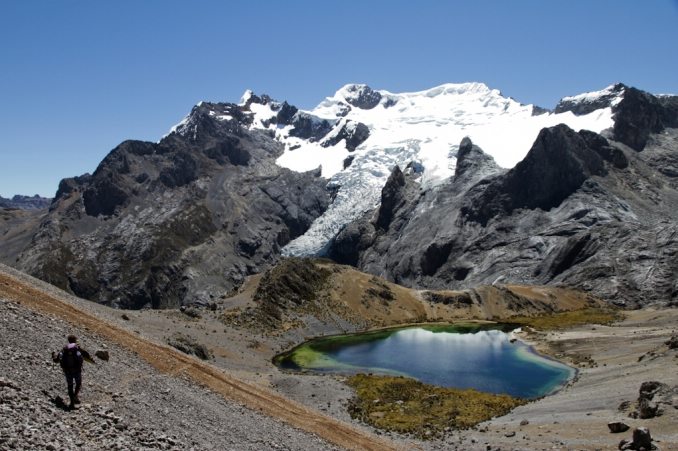 An encounter with living Andean spirituality

The notion of the apu, or mountain spirit, is an Andean concept that survived the Spanish conquest and the imposition of Christianity. According to the Andean cosmogony, apus are guardians who exert direct influence over the cycles of life. They control the fecundity of the earth and protect flocks of llama as well as the community. In Inca mythology, Pariacaca is regarded as the god of water and rainstorms. Today, the communities of the central mountains continue to venerate the apu with offerings of corn, chicha, coca leaves, and llama fetuses. With these ceremonies, the people ask for the continued fertility of land and livestock. 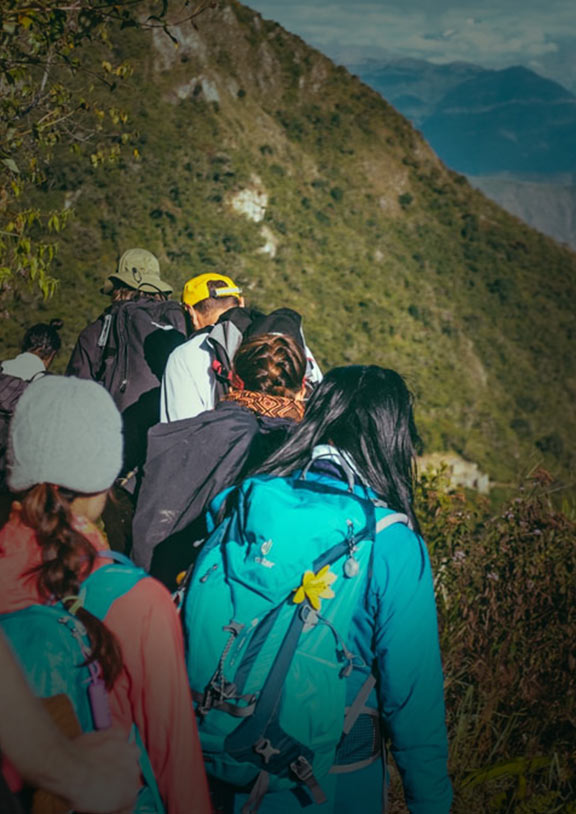 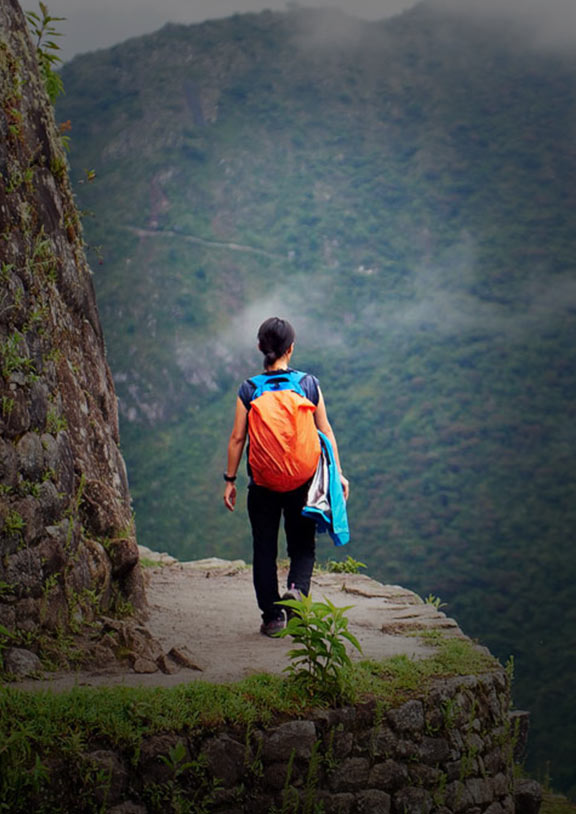 The treks to Pariacaca take place at altitudes of 4,000 meters and above. Yunka Trek guides recommend a minimum of 2 days of acclimation in order to allow the body to adjust to the extreme conditions. Days are cool and nights are frigid. The sun comes out but its rays are too weak to warm the glacial air that sweeps down the mountainsides. 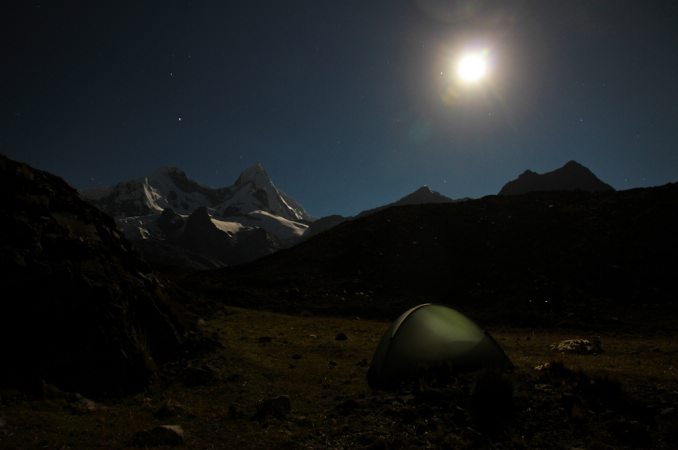 The villages here are small and scattered, and families subsist by raising sheep and llamas. In the most remote parts, a motor truck comes by once a week to take away wool and bring in goods and products. Housing is basic. During the trek, tents are set up next to humble houses made of rough-hewn stones and roofed with thick mats of straw. 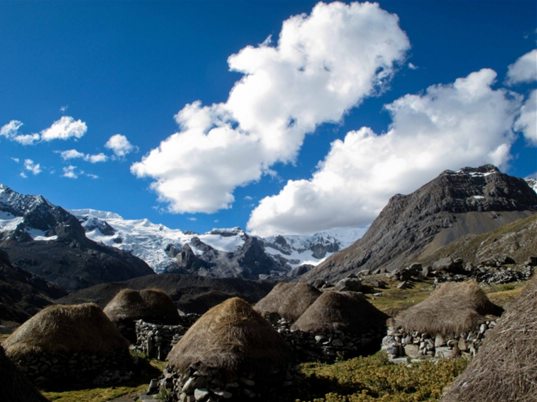 Yunka Trek uses llamas as pack animals. Llamas are able to carry up to 25kg and their gentle footing is ideal for rocky mountain paths as well as fragile Inca trails. The best moments of comic relief on the trek are in the morning – after breaking camp, the llameros (llama drivers) strap loads onto the backs of the llamas who, although curious and friendly by nature, also tend to hold very strong opinions about how much they will carry and for how long. An overloaded llama will throw itself on the ground, spit, and kick until the additional weight is removed.

The highlights of Pariacaca-Yauyos are the mountains and lagoons. The triangular peak of Pariacaca is often within sight, a constant companion for hikers who walk along its flanks. Other vistas, such as that of the Colquepulcro glacier draped against a granite mountain and dropping into a crystal-watered lagoon, defy the imagination. There are no words to describe scenes like this; they are moments of pure contemplation. 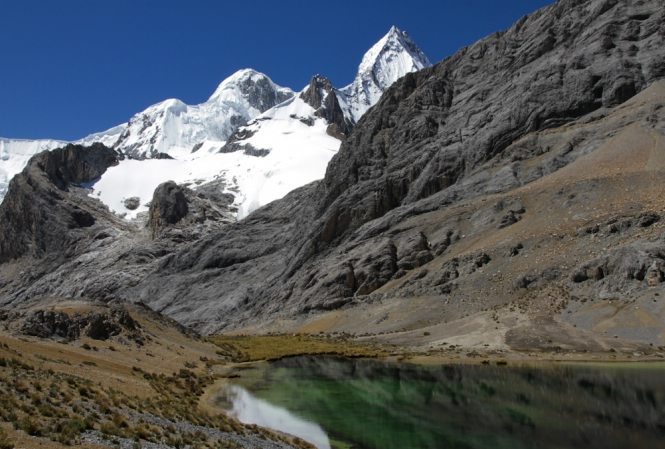 Reminders of an enduring pre-Colombian presence are everywhere. Trekkers encounter the ruins of Pirca Pirca, an ancient city that probably served as a resting place for pilgrims. In some places, the only trail markers are the piles of stones found ubiquitously on Inca paths. Called apachetas, they not only mark the way, but also serve spiritual functions, delineating and harmonizing geographic space. 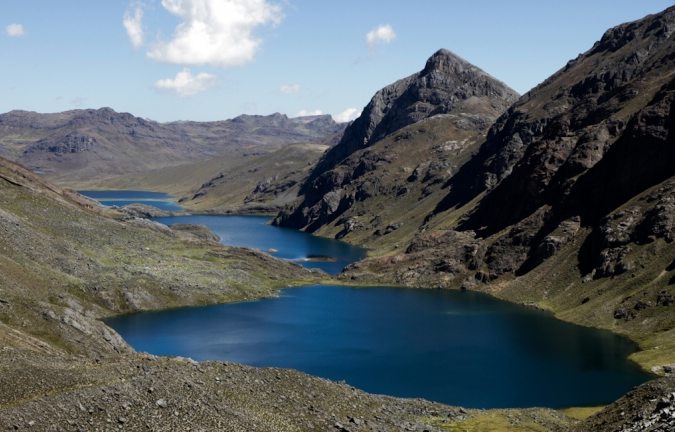 In some places, the trail traverses highlands of puna covered in ichu, a stiff yellow Andean steppe grass that grows in clumps. The trail also crosses over fields of glacial debris. A 3-meter-wide Inca path, paved and stabilized by retaining walls, eases the way across one of these moraines leading away from Pariacaca to Escalera Lagoon and Culibrayoc (4,520m). At the very top, there are natural caves, called Cuchimachay, which may have served as shelters or ceremonial centers and which are decorated with paintings colored in deep reds. The figures depict hunters and camelids with elongated necks, some with bellies swollen by fetuses, all facing west toward Pariacaca. 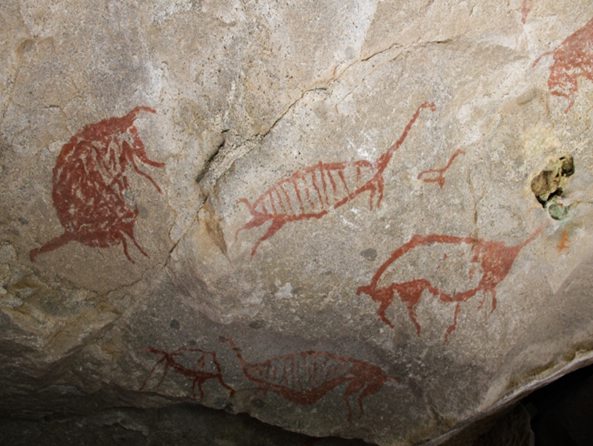 As an additional testament to the ingenuity of high altitude Inca engineering, there is a stone staircase that climbs 2 km (approximately 1,500 steps) to the summit of Cerro San Cristobal. The peak provides incredible views of the entire Pariacaca and Yuayos cordilleras and an apacheta marks the path to Jauja, which in turn leads to Cusco.

This trek is a journey to the very heart of the of the Andes’ most sublime landscapes. But the bewitching sights offer an even greater possibility and that is the chance to experience the source of Andean spirituality that connects the past to the present. 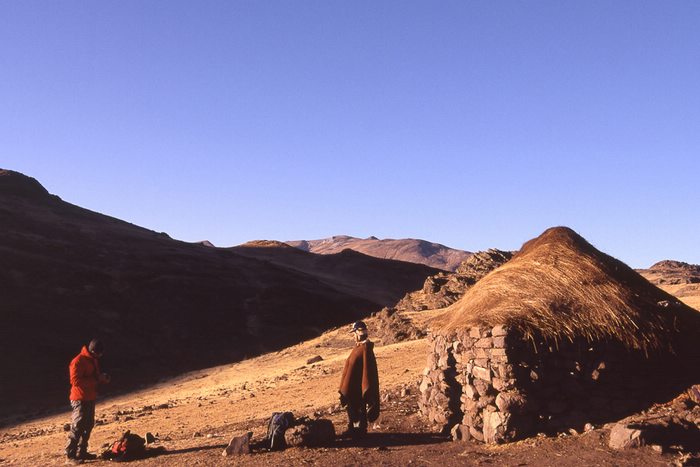 Plan your own adventure to Pariacaca

Contact us to plan your own adventure to the Pariacaca-Yauyos region of Peru with Yunka Trek. 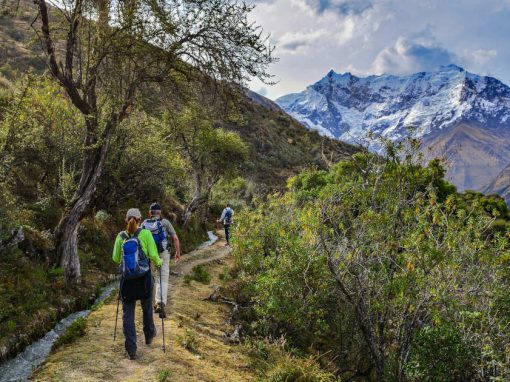 27 Best Treks in Peru: Hiking in the Andes and Beyond

Check out our list of the top 27 best treks in Peru, with hikes like Ausangate, Rainbow Mountain, Laguna 69, Inca Trail, Kuelap, Huayna Picchu and more.

END_OF_DOCUMENT_TOKEN_TO_BE_REPLACED 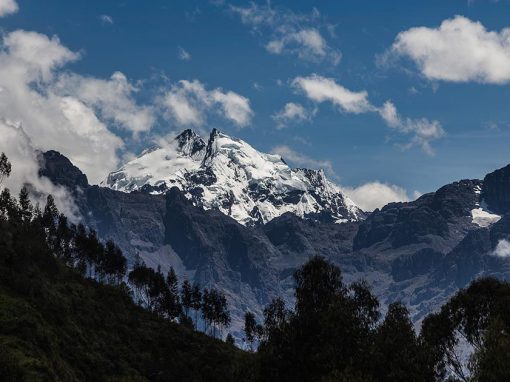 Planning a trip, but don’t want to get sick? Read our complete guide for dealing with altitude sickness in Peru. Learn what it is, symptoms, management strategies, and more.