First cultivated on the altiplano in Peru, there are still over 2,800 varieties of potato grown, more than any other nation. Peruvians don’t take the humble spud lightly. 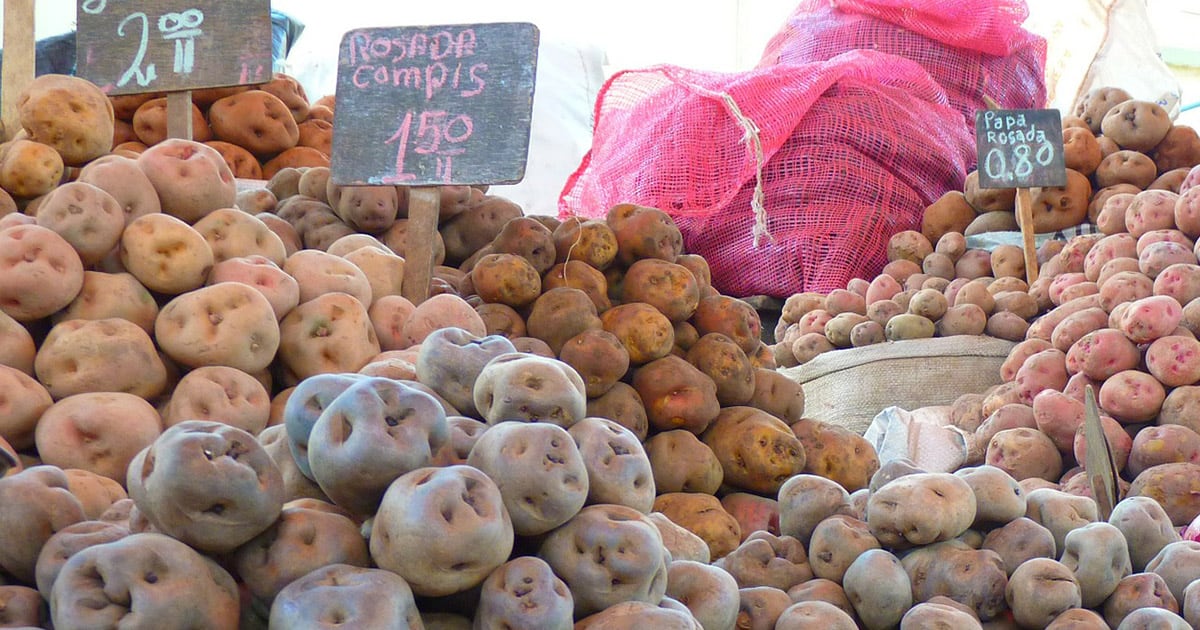 Potatoes for sale at a market in Peru. Image by LoggaWiggler from Pixabay.

For more than 8,000 years, potatoes have been a staple in the Andean diet. First cultivated on the altiplano in Peru, there are still over 2,800 varieties of potato grown, more than any other nation. Peruvians don’t take the humble spud lightly.

Farmers in Peru are currently in the process of sending 1,500 varieties of the vegetable to a “doomsday vault” in the Arctic Circle in order to safeguard the future of the potato. Samples will be stored inside a vault within a mountain, to protect the crop against natural and human disasters. In this way, Peruvians hope to guarantee the availability of potato diversity for future generations. The first stage of the three-year project involves training papa arariwas (conservation farmers) in pollination techniques to produce botanical potato seeds. These seeds will be dried, cleaned, and then packaged in foil packages to preserve them in long-term cold storage conditions.

The seed samples being sent to the Svalbard Global Seed Vault will be provided by Parque de la Papa (Cusco Potato Park). This unique park in the beautiful Andean city near Machu Picchu covers more than 24,710 acres (10,000 hectares) and was organized by six indigenous communities to defend food security in the region. Featuring every imaginable shape, size, and color potatoes, the park protects a crucial part of the regional culture. Parque de la Papa has attracted plant breeders from all over the world, who come to Cusco searching for traits such as disease resistance, flavor, or nutritional properties for their own crops. However, in recent days, the park’s “potato guardians” collective has feared that climate change may harm the crops.

One of the varieties that will be stored in the Svalbard Global Seed Vault is known as the “bride’s potato.” Its unusual name dates back to Incan times, when a bride was expected to peel this potato to prove that she had the necessary skills to be a good wife. Other strands of potato have particular nutritional value, like the red moro boli, which is high in antioxidants, while potatoes, like the ttalaco, a long, banana-shaped tuber, can be distilled and turned into a potato alcohol.

On average, indigenous residents of the Cusco Potato Park consume 4.4 pounds of potatoes per day, or more than 1,600 pounds annual. Compare that to the average American, who eats a mere 131 pounds per year (yes, including French fries and potato chips). You can enjoy a few pounds at the eco-park’s all-organic restaurant, Papamanka, meaning potato pot, which is housed in a new building with a large open kitchen, wood stove, and wooden counter where purple, white, black, and yellow potatoes are on display in ceramic dishes. Run by a women’s association aiming to preserve traditions and recipes, the restaurant serves delicious dishes like cream of corn soup made with huancatay (a local herb sometimes called black mint), grilled alpaca meat, and potato pudding made from potatoes, milk, sugar, and mint. The women continue to demonstrate a deep respect for their crops. For example, cutting a potato without eating it is viewed as an insult to pachamama (Mother Earth) that will bring bad luck. 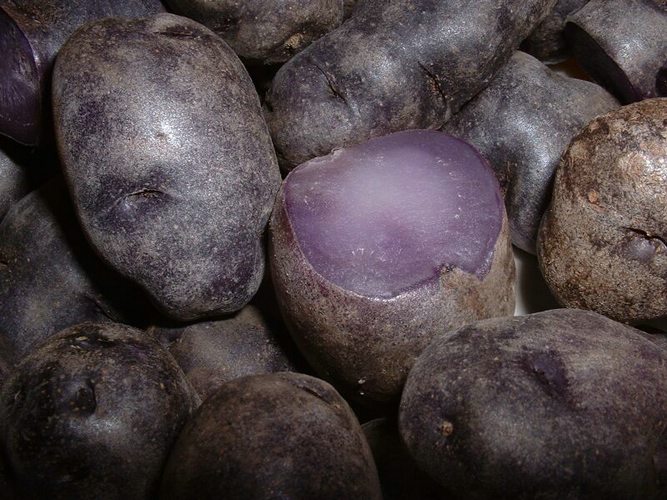 The farming practices in Peru are intertwined with deep cultural rituals and traditions. Each potato, it seems, had its own special or ceremonial use during Incan times. There were specific potatoes to eat at baptisms, weddings, funerals, and other events. Potatoes are both a cultural and biological legacy. Some have compared sending the seeds to Svalbard with sending family members to distant place for safekeeping, in case it becomes necessary to be saved by them in the future. This sort of potato passion can be observed during the annual harvest in Aymara each year, which celebrates their prized crop with carnival floats, colorful costumes, traditional dance and music, and shouts of “la papa es Peruana,” meaning “the potato is Peruvian!”

To understand the zeal for Peru’s potatoes, taste one during a Peru vacation by contacting one our knowledgeable travel advisors. 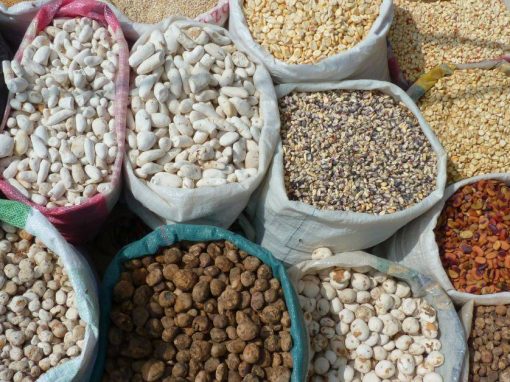 Did you know Peru is the birthplace of potato cultivation? Learn more about the fertile soils of the Sacred Valley.

END_OF_DOCUMENT_TOKEN_TO_BE_REPLACED 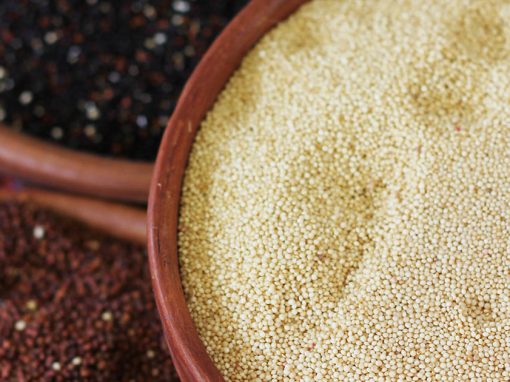