Learn the insider scoop of Machu Picchu's most impressive sights. 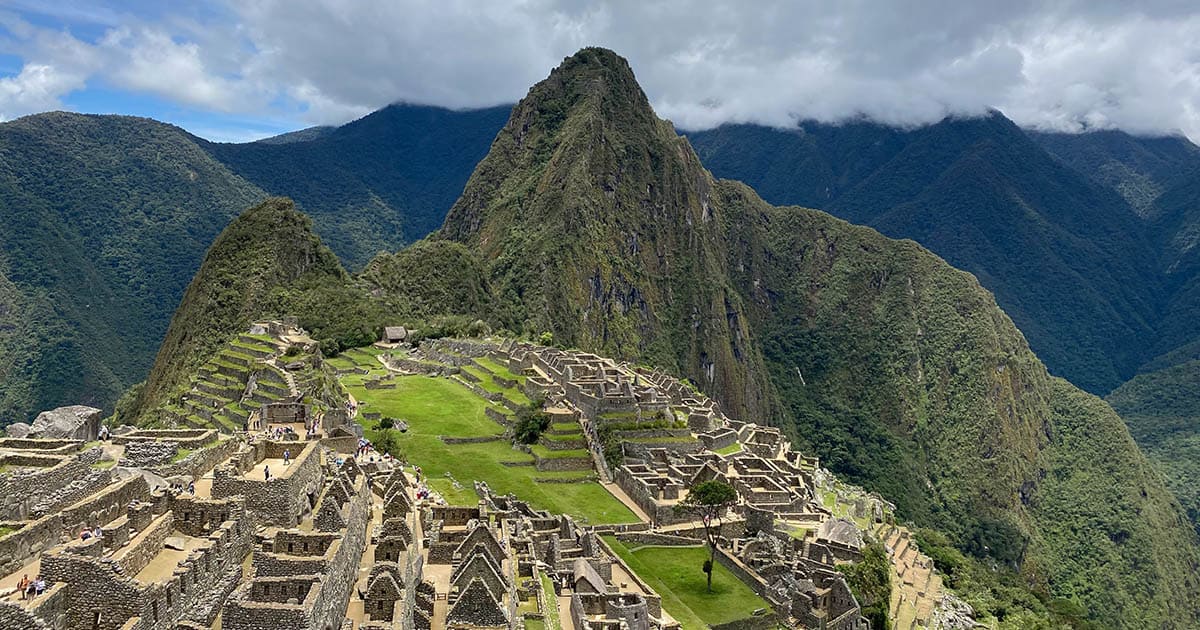 Machu Picchu in all its glory. Photo by Kassandra laines on Unsplash.

Visiting Machu Picchu could be a challenging task due to the multiple sights it offers. Some people attempt to do the Cusco-Machu Picchu-Cusco tour in only one day and often face lack of time and therefore disappointment. We strongly suggest that you allow yourself to be in the Machu Picchu area for more than 24 hours to explore the ruins that contain approximately 180 buildings, which are divided in two larger areas: the agricultural and the urban. These areas are separated by a structure – a wall and a pit – and linked by a stairway.

The agricultural area is mainly constituted of a set of terraces, called andenes, some of which were built concentrically and some in a semicircular shape. These andenes were built for several purposes. First, andenes obviously became the foremost source of agricultural production for feeding seasonal labor and permanent residents of Machu Picchu during pre-Columbian times. Second, these structures permitted Incas to maximize the agricultural space available by turning slopes into flat plots, a practice carried throughout most of the Andes under Inca rule. Finally, andenes also were a central piece of agricultural experimentation by recreating a smaller version of the vertical archipelago: different layers of production at different altitudes. There, Incas could improve their farming techniques and expand their knowledge about the relationship between climate and agriculture. 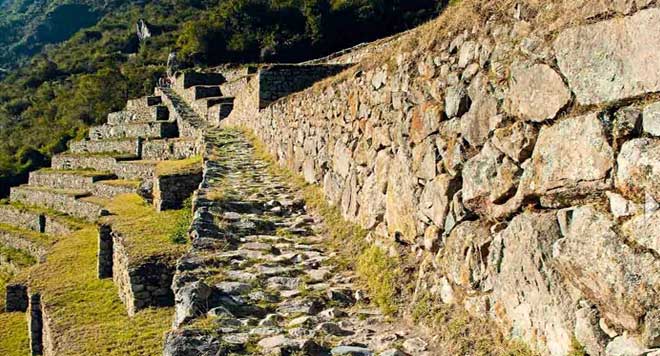 Terraces in the Agricultural Area.
Photo from MachuPicchu360.org

The urban area is even more interesting. Inca worldview at large divided everything that existed in two different, opposite, and yet complementary sides. These sides were called Hanan (the upper) and Hurin (the lower), and meant to include all existent entities in this and other worlds. Thus, entities were grouped in pairs that represented this duality: heaven and earth, day and night, moon and sun, male and female. For everything that existed in the universe, there was an opposite that complemented its existence. This same duality was brought into the building of Machu Picchu. The urban area is hence divided into the Hanan and Hurin sectors. The Hanan Sector includes the so-called Complex One, the Temple of the Sun, the Royal Residence, the Sacred Square, and the Intihuatana. On the other hand, the Hurin sector includes the Sacred Rock, the Group of the Three Gates, the Acllahuasi, the Group of the Condor, and the Fountains.

Complex One: This seems to have been a combination of ranching facilities, workshops, and housing services. It was probably designed for newcomers and temporary residents of Machu Picchu since it was very proximate to one of the main entrances to the site. The main building is a two-story structure surrounded by smaller dormitories where people who worked in the quarries stayed.

Temple of the Sun: Often called the “Torreón” or “Great Tower”, this would have been one of Machu Picchu’s main religious buildings. Its location and its relative position to the Sun suggest this temple was used for the winter solstice ceremony – contemporarily known as the Inti Raymi. Underneath the Temple, there is what seems to be a mausoleum with niches carved in stone. It has been suggested many important Inca mummies – probably including Pachacútec’s – were kept and venerated here. Likewise, the walls of the main building suggest the presence and violent removal (including a fire) of embedded ornaments, which lead experts to assert the possibility of the presence of Catholic extirpation of idolatries in early colonial times. It is also the only building with a circular shape in the entire site. 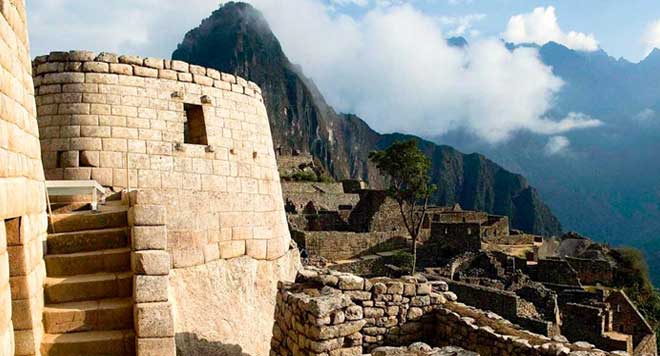 Lateral view of the Temple of the Sun.
Photo from MachuPicchu360.org

Sacred Square: The Sacred Square denotes the space that lies in the middle of some of the most remarkable buildings of Machu Picchu: the Temple of the Three Windows and the Main Temple. The Temple of the Three Windows amazes visitors due to the precision of the stone assemblage, which resembles a puzzle. The Main Temple although it is more “regular” in its configuration, it was probably the most important religious building of the entire city.

Intihuatana: This is a hill turned into a set of terraces with a pyramidal shape. Two stairways connect the base of the hill with the top, one of which is carved in one piece of stone. At the top of the hill lies the Intihuatana, also known as “Sundial”, a carved piece of stone used for still uncertain astronomical purposes. 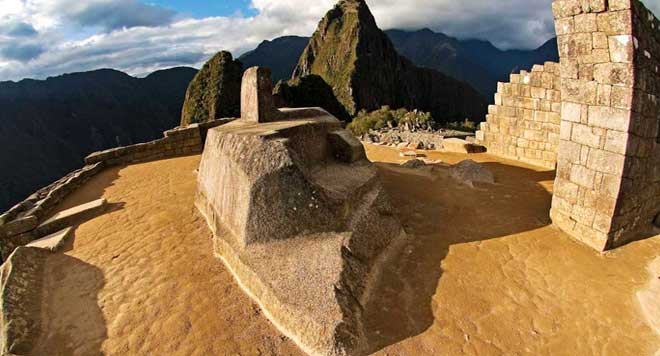 Sacred Rock: A flat-sided rock placed on pedestal that marks the departure point to the Huayna Picchu route. 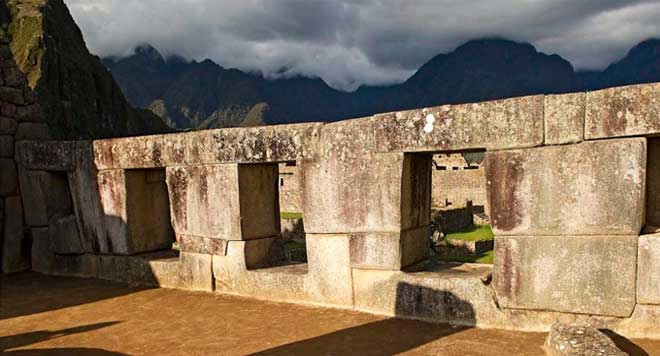 Sector of the Three Gates: Another structure of housing and workshop facilities. These are basically three open grounds of canchas connected by three identical gates. The group faces Machu Picchu’s main square. 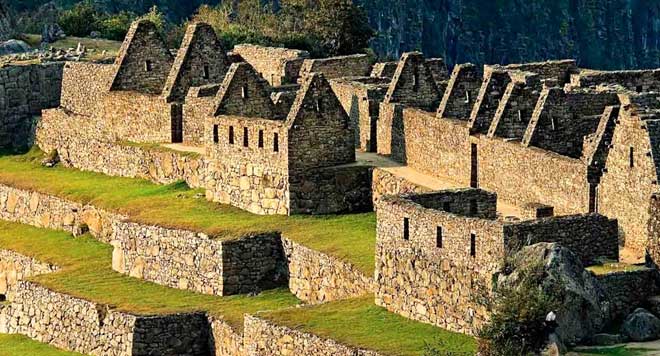 Sector of the Three Gates
Photo from MachuPicchu360.org

Acllahuasi: Though the purpose of this building is still a matter of debate, this was supposed to be a temple for a selected group of women devoted to worshipping, known as acllas. One of the most interesting structures of the Acllahuasi is a set of circular bowls or mortars placed right in the middle of a room with highly polished walls, where astronomical observations would have been conducted.

Group of the Condor: Another group of structures of seemingly religious purposes. It includes a massive carved stone where some people recognize the shape of a condor. South of these structures, there are housing facilities apparently reserved for Inca nobility.

The Fountains: A series of sixteen artificial waterfalls, most of which are carefully carved in stone. This is the most remarkable example of the hydraulic achievements of Machu Picchu, with water being canalized from the upper hills and directed to the urban area through a highly complex system of aqueducts.

Besides the urban area, other interesting spots include a trekking route to Huayna Picchu. This is certainly more physically demanding, but is definitely worth it. The road is sharp and steep. You depart from the northern end of the urban area; follow the stretch of land that connects the two hills and then the road splits in two. One goes uphill to the very top of Huayna Picchu. It is approximately a one-hour hike, and only 400 travelers per day are allowed to climb, in two turns of 200. Here you will find the so-called “Throne of the Inca”, a carved stone with a shape that resembles a great chair. However, what is more interesting here is the view of the entire valley and the whole Machu Picchu site, as well as the view of the nearby mountains – including the remarkable alienation of the peaks of Huayna Picchu, Machu Picchu, and the Salkantay. The other road goes to the back side of Huayna Picchu, where you will find the “Temple of the Moon”, a series of underground sites that were apparently used as mausoleums and would be the complementary temple of the frontal Temple of the Sun. 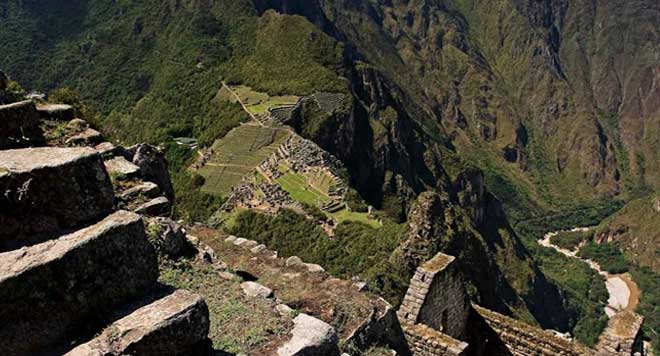 View of Machu Picchu from Huayna Picchu.
Photo from MachuPicchu360.org

All in all, make your visit a very personal adventure. Do not follow scripts, inform yourself before visiting, read some history books or take one of the very good virtual visits available online, and remember that whatever story you decide to buy and believe in is good insofar as it frames your experience. Archeology might be a matter of scientific certainty but traveling is a matter of sensibility, and Machu Picchu will certainly foster yours. You are your own discoverer. 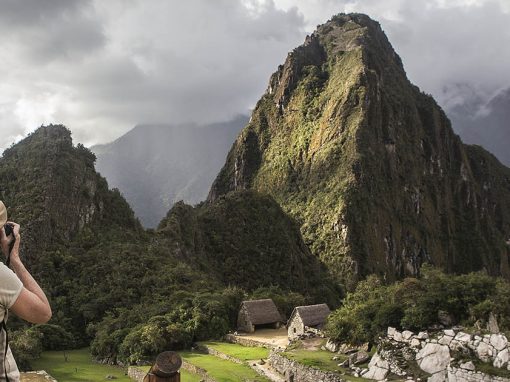 Machu Picchu Photography: How to Take the Best Photos

Master your Machu Picchu photography before you go! Learn how to select the best viewpoints, find the perfect light, avoid the crowds and so much more.

END_OF_DOCUMENT_TOKEN_TO_BE_REPLACED 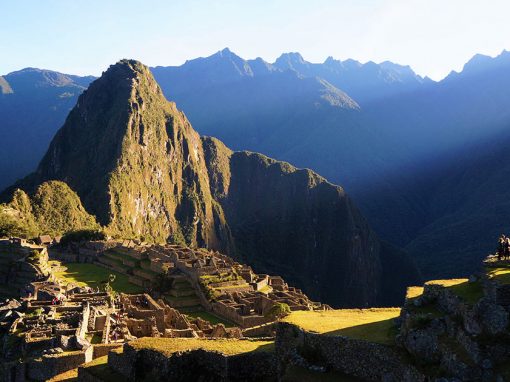 Machu Picchu Weather: What to Know Before You Go

Find out everything you need to know about Machu Picchu Weather including average temperature by month, rainy season vs dry season, best time to visit and more.