Impress your family and friends with this multi-layered and multi-flavored Peruvian appetizer, causa rellena! 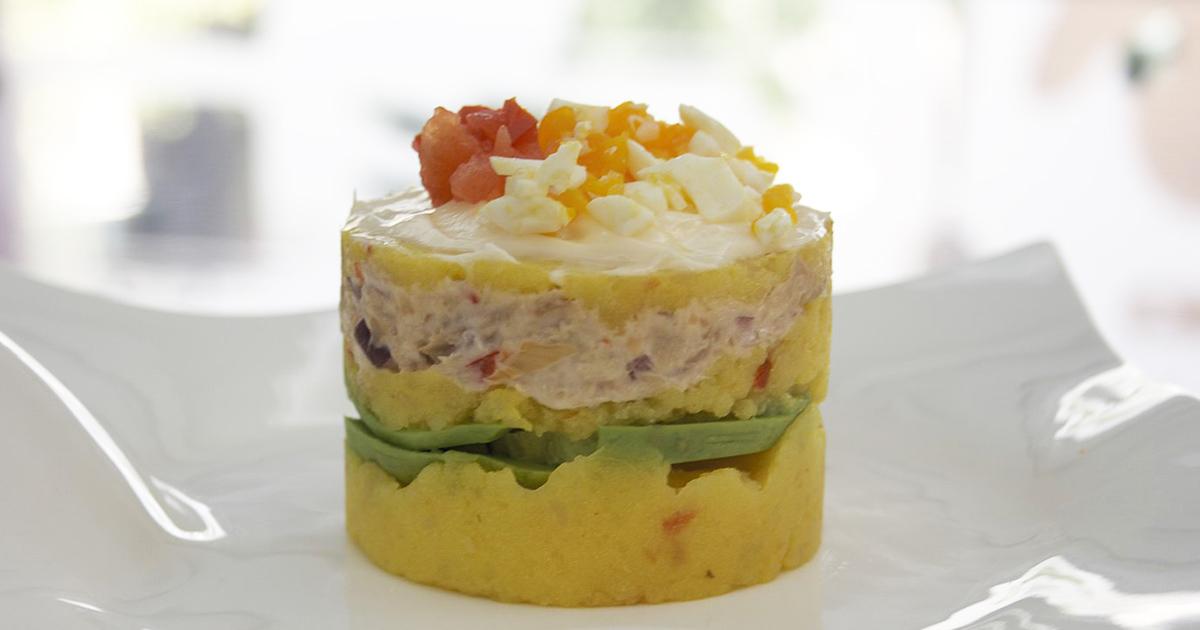 Causa rellena is a popular Peruvian appetizer found in local restaurants and on kitchen tables throughout the country. Served cold, it is a colorfully tiered dish of mashed potatoes, avocado, and chicken or tuna (or veggie-friendly alternatives). It’s so easy to make that there’s no reason not to give it a try!

Causa literally means “cause” in Spanish. There’s a bit of a debate as to where it got its name. Some believe that the name derives from the Quechua word “kawsay,” which means “food.” However, most Peruvians will tell you that José de San Martín, known as the Protector of Peru, coined the term. Legend has it that during the fight for Peruvian independence from Spain, he called for Peruvians to support the cause for independence by providing food for their soldiers. At this time one of the most common dishes happened to be this very same layered potato dish. From then on, the dish was called causa. (“Rellena” means “stuffed” in Spanish). 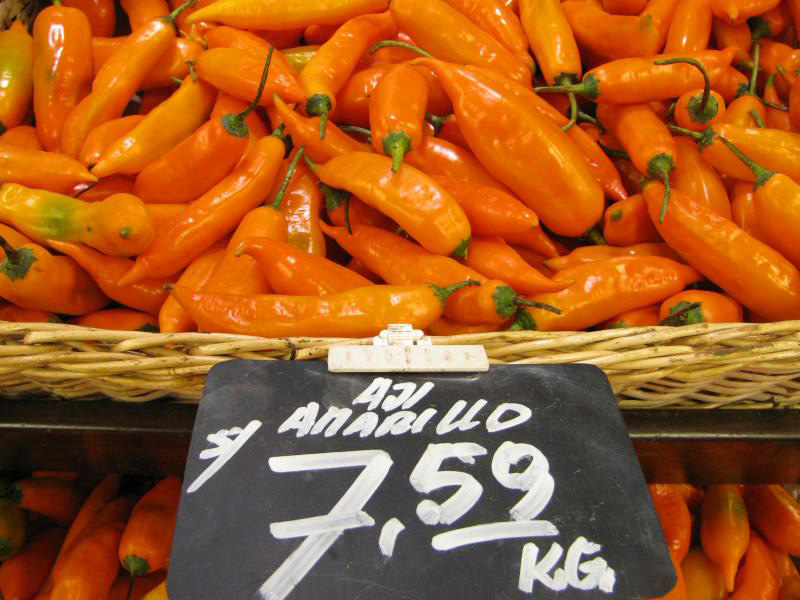 Despite being called ají amarillo, yellow chili pepper is actually orange in color! Photo by Steven Damron on Flickr.

Peru has a passion for potatoes and who could blame them with a seemingly infinite variety?! 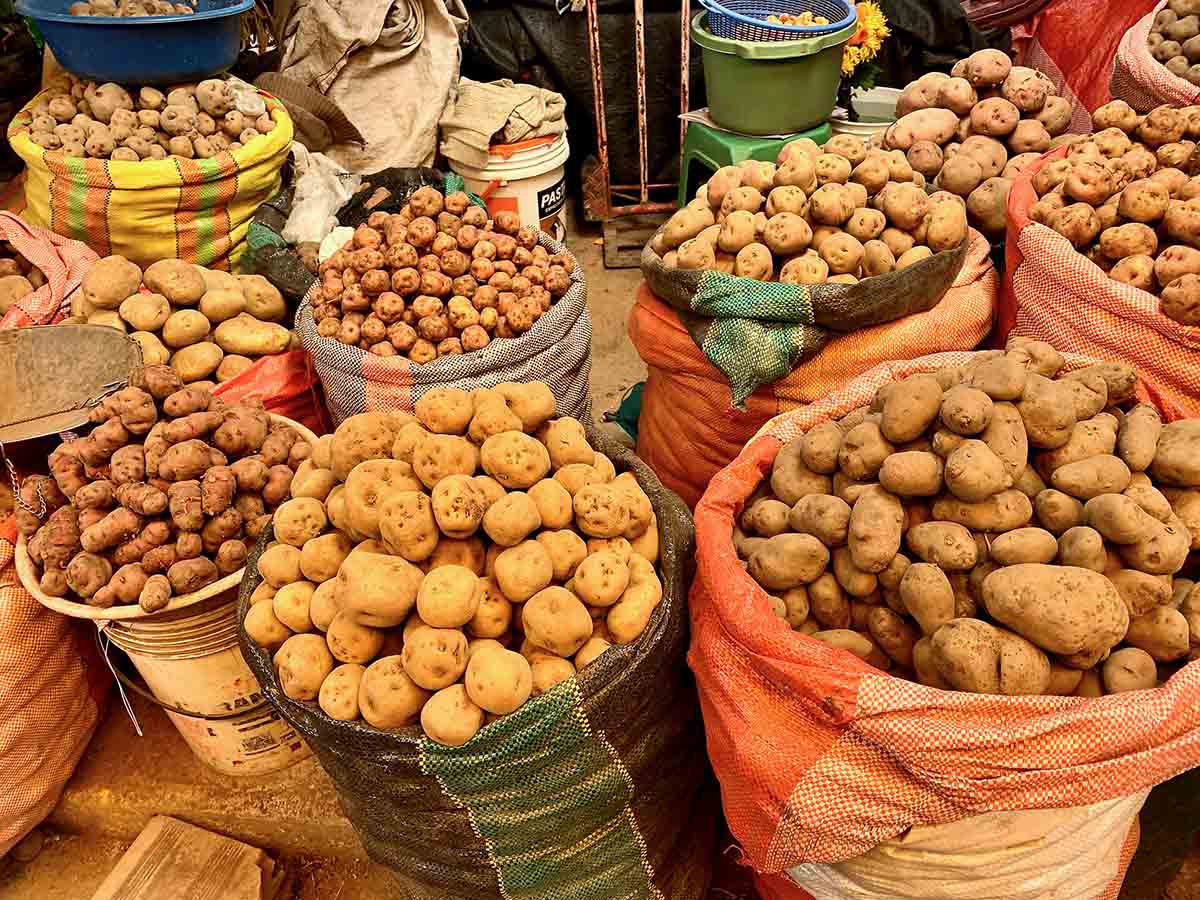 The the vast potato section of a local Peruvian market. Photo by F Delventhal on Flickr. 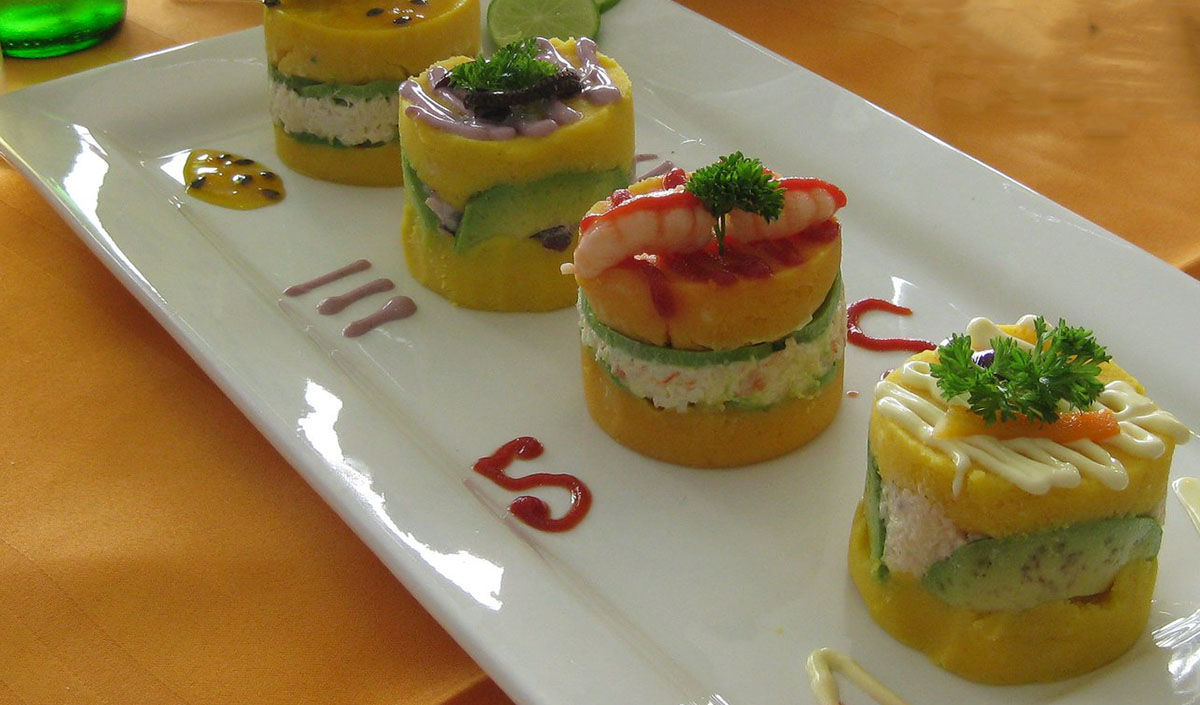 Your family and friends will be impressed with the colors and presentation—but they don’t need to know how easy it is to make! With its simple ingredients and mild flavor, it’s sure to be a crowd-pleaser, even for kids. Causa rellena is a great introduction to any meal, Peruvian or otherwise. Just be careful not to spoil your appetite for your main dish. Even a small portion can be deceivingly filling! 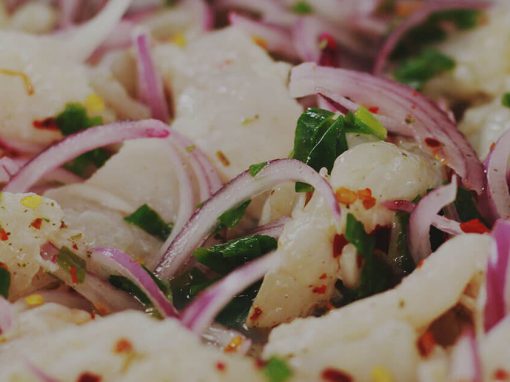 Ceviche: The National Dish of Peru

Learn all about ceviche, a classic Peruvian dish featuring fish marinated in lime juice which has been adopted by countries around the world.

END_OF_DOCUMENT_TOKEN_TO_BE_REPLACED 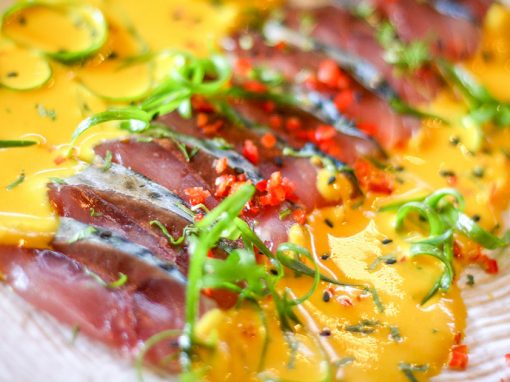