Peru’s Tambopata Rainforest is one of the most pristine and bio-diverse regions on the planet. 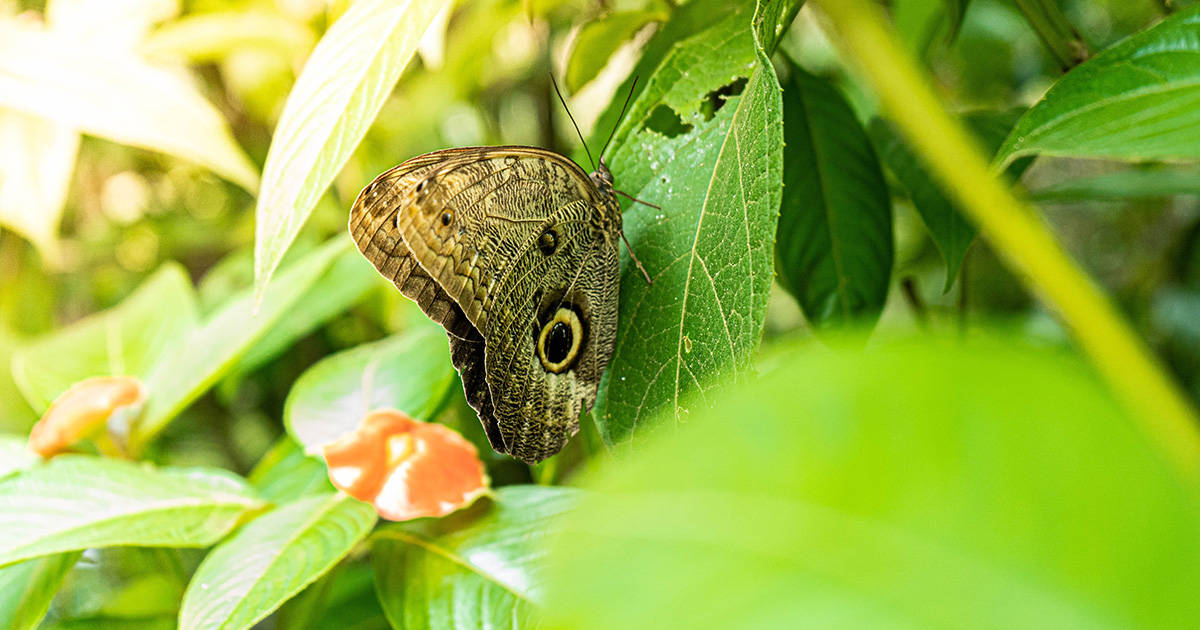 A butterfly in Tambopata National Reserve. Photo by Kenneth Schipper Vera on Unsplash.

Peru’s Tambopata Rainforest is one of the most pristine and bio-diverse regions on the planet. In fact, the Tambopata National Reserve is home to 10 to 15 percent of every bird and butterfly species in the world. But that’s not to say that it is immune to environmental threats from the outside world. On the contrary, the wealth of natural resources in Tambopata and its remoteness make the park and surrounding areas especially susceptible to environmental degradation and exploitation. With the recent completion of the Interoceanic Highway and increased human activity in the are,  the reserve is at the front line of what is rapidly becoming a war to save the Peruvian Amazon.

Logging
Gold mining, dredging and panning
Agriculture and hunter gathering
What’s being done to save the rainforest?

Logging is the traditional enemy of the Amazon in South America. Vast tracts of Brazil’s jungle have been forever denuded, and the impact on the planet’s CO2 emissions is being felt even at the outer limits of our atmosphere. Peru’s Tambopata region is relatively fortunate in this regard, as the majority of the logging in the area focuses on the targeted removal of large, old hardwoods as these trees have a higher market value. The term ‘relatively fortunate’ is used deliberately: these big old trees are also of great value to the ecosystem as they bring the shade which other plant species require, and provide homes and food for myriad animal, bird and insect species. Their continued removal would be a tragedy for the ecological patrimony of the earth. 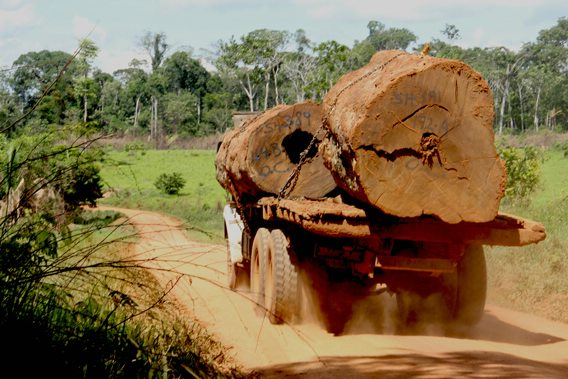 This is probably the single biggest threat to the rainforests of Madre de Dios in the Tambopata region. Not only does mining decimate every trace of vegetation from once verdant jungle (satellite images of the region show extensive brown scars in amidst the green), but it also discards dangerous quantities of mercury into the region’s waterways. An average of 38 tons of mercury is dumped into the ecosystem every year, which contaminates the fish that’s eaten by the locals. As if this is not enough, human trafficking and child prostitution are known to flourish in mining camps. Other methods of mineral extraction are also detrimental to the environment: dredging, which creates significant disturbances in riverbeds, can quickly destroy a riverine ecosystem, and even the supposedly low-impact traditional method of panning causes marked water discoloration and turbidity.

The most offensive and destructive form of agriculture in the Tambopata region is cattle farming. As in any tropical region, the cattle farming is exceptionally low yield and requires 1-2 hectares per head of cattle! But other more traditional methods also have a negative impact on the jungle. The increase in the population of Madre de Dios as a result of the mining and logging industries has hiked up the pressure on what once seemed to be inexhaustible food resources. As a result, fishermen and hunters have to catch and kill more, and the temptation to do so within the confines of the reserve is irresistible. Unfortunately, these people do not understand that the animals are worth more to their communities alive than dead.  Efforts to improve ecological awareness in the region are underway, but will take time to foster. 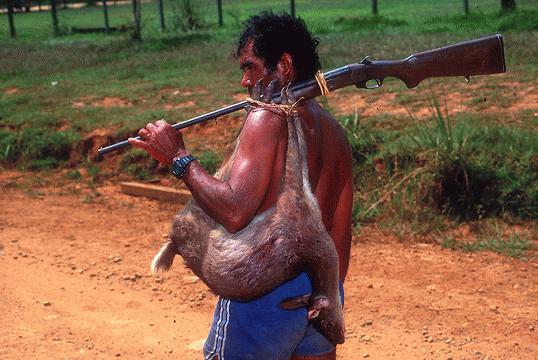 A hunter in Tambopata Photo by Tupa Trociono

What’s being done to save the rainforest?

Responsible ecotourism, such as that practiced by Rainforest Expeditions, has made a significant impact on jungle conservation efforts. Simply having eyes and ears on the ground makes it harder to commit environmental crimes and the long-term investment in the local economy is slowly changing the way locals see nature’s bounty. There are also a number of non-profit organizations doing excellent work in the area. The Amazon Conservation Association (ACA) and its Peruvian partner, the Asociación para la Conservación de la Cuenca Amazónica (ACCA), are working towards eradicating illegal mining and logging by providing sustainable economic alternatives. They are doing so by proving legal support to local smallholders whose land has been invaded by big companies.  Additionally, these organizations offer technical and scientific acumen to the government agencies charged with environmental protection. This ranges from educating a new generation of Peruvian scientists to increasing the number of checkpoints in the reserve. 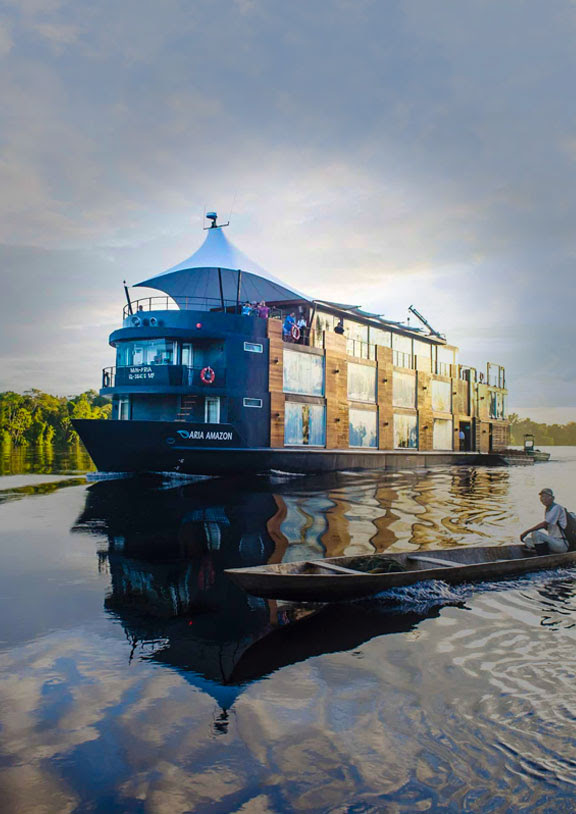 How can I help?

Book a trip to Tambopata! Your visit will contribute to the sustainability of the tourist industry in the area, and your dollars (or other currency) will have a tangible impact on the lives of local people. And when you get home, tell your friends about the great time you had, and the cycle will surely continue.

Nick bought a one way ticket to Sao Paolo on impulse after graduating from college and ended up living and teaching in Mendoza, Argentina for a couple of years. That was just the beginning though: he’s fished his way through Patagonia, visited every province of Bolivia (including 6 months in La Paz and a couple in the jungle) and most of Peru and Chile, in the process racking up more than 20 000 miles in overnight buses. He’s back home now, but his bond with Latin America is stronger than ever. 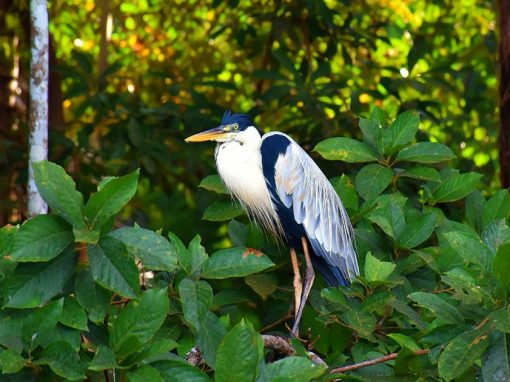