Iquitos or Puerto Maldonado: Ryan’s exploration of the Peruvian Amazon 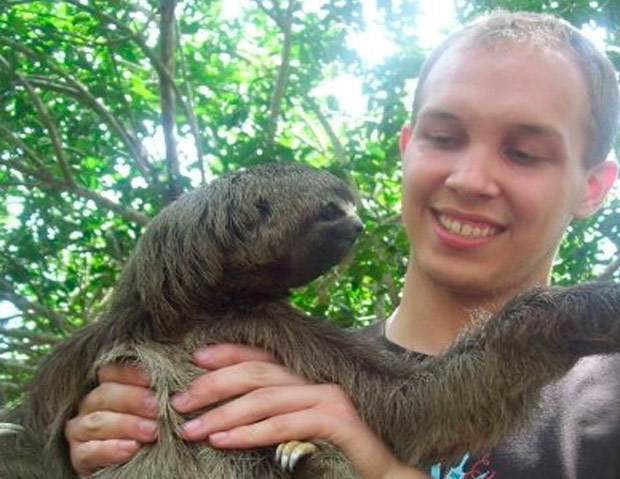 Ryan C. is not a stranger to the Peruvian rainforest.  Before joining the Latin America For Less team as a travel advisor, Ryan visited the country’s northern Amazon region near Iquitos five-years ago as a college student. His exploration of the country’s jungle continued last March on an adventure to Puerto Maldonado. Ryan described the charm of each jungle destination, but said he preferred Puerto Maldonado.

Iquitos, to the north
Puerto Maldonado, to the south
Experience a jungle tour in South America


Iquitos, to the north

In 2009 Ryan traveled to Iquitos, a city nestled on the banks of the Amazon River in the country’s far northeast corner. 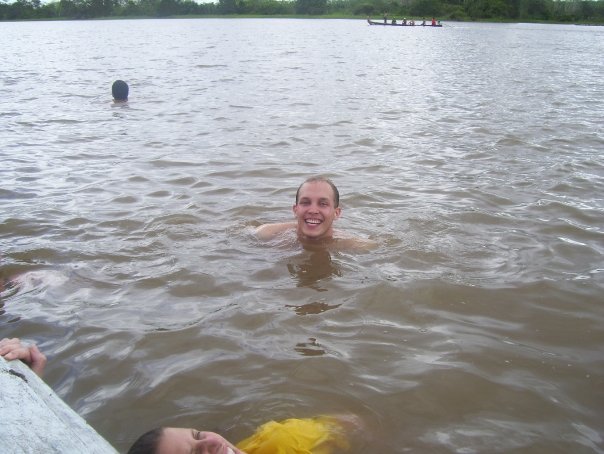 A swim in the Amazon River will keep you jungle-fresh. Circa 2009, Iquitos


“I was initially nervous to swim in the Amazon River. It was a little cloudy and hard to see what could be swimming around me, but in the end I couldn’t pass up the opportunity. It was a lot of fun and a once-in-a-lifetime opportunity!” 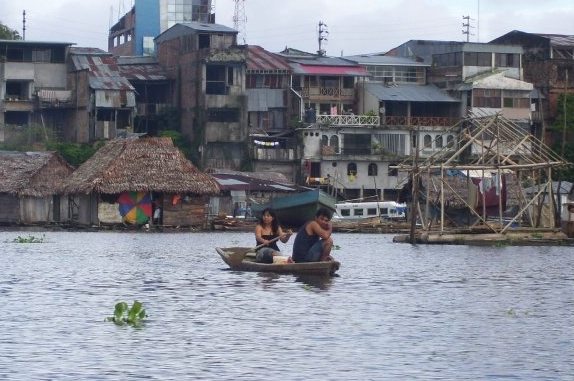 The floating suburb of Iquitos.

Another highlight of Iquitos is Puerto Belen, a shantytown where local markets buzz with daily activity and wooden huts stand on stilts in the Amazon waters.

Puerto Maldonado, to the south

After landing at the airport, Ryan continued his journey by boat – a ride that generally takes less than 2 hours – to the Posada Amazonas Jungle Lodge. 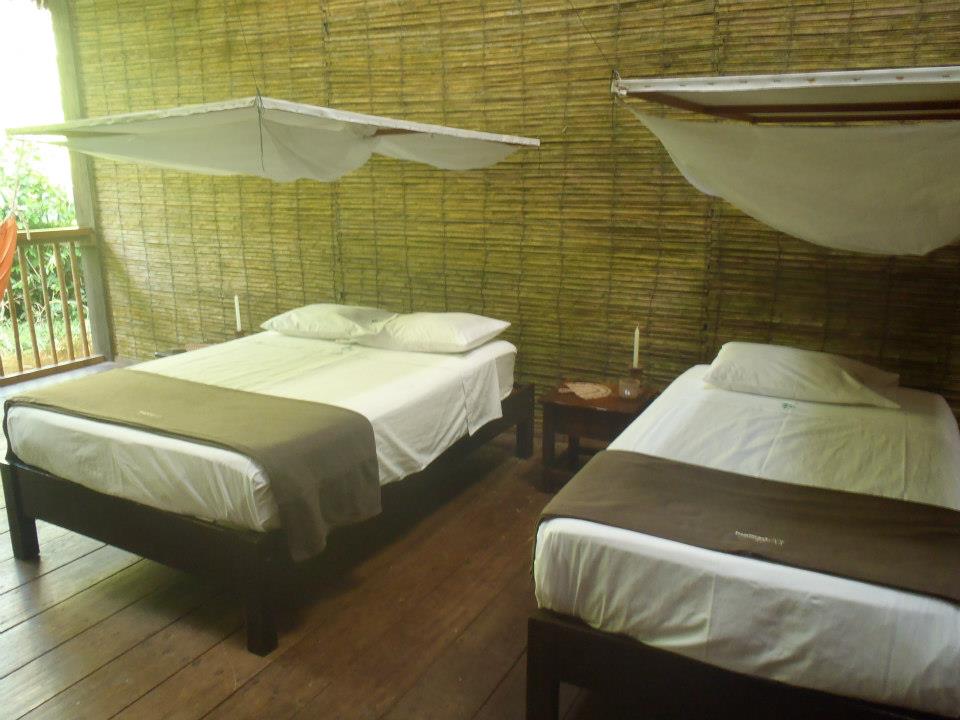 This jungle room only has 3 walls.

“When you go to the jungle you really want to be in the jungle and not in a hotel,” said Ryan. “The Posada Lodge has a nice lobby with a gift shop, bar and dining area, but it’s the open-air design that makes this place really unique. My room only had three walls and mosquito netting over the bed!”

Most people visit the jungle during the dry season from June through August, but Ryan said that visiting Puerto Maldonado at the tail-end of the rainy season in mid-March had its benefits.

“It usually rains every day during the rainy season, but this can be a good thing. The river is higher so boats can get to areas that aren’t accessible during the dry season and it can also attract different animals.” 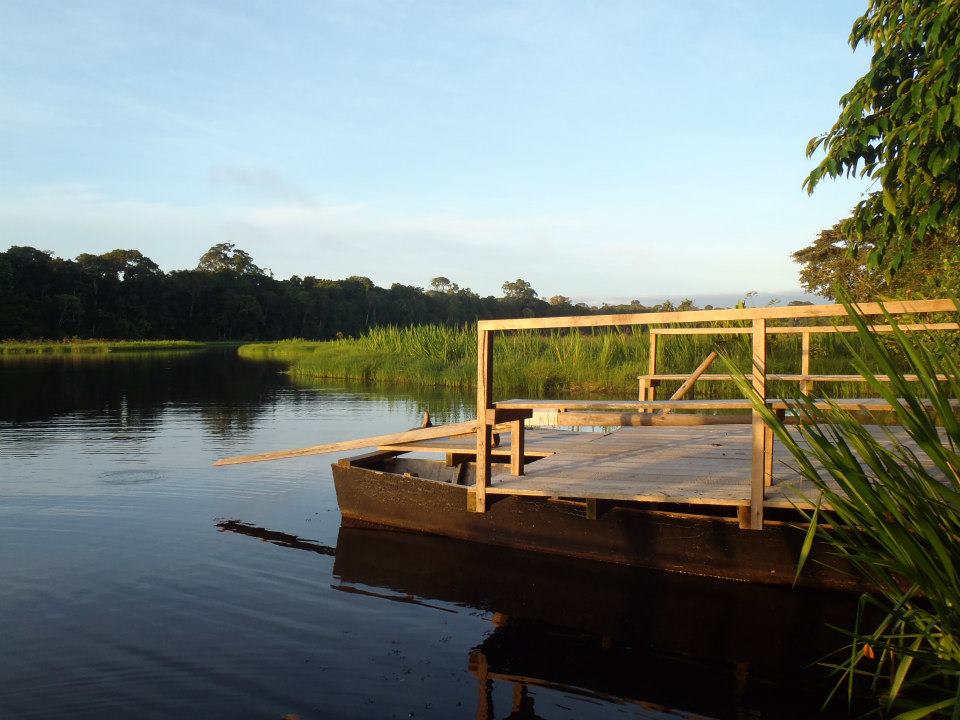 Enjoy some relaxation in the Peruvian Amazon.

“Mosquitos love me,” he said. “But they were not that bad when I went and I did not get bitten.”

Ryan took the necessary precautions: He wore the recommended long-sleeve shirts and long pants to protect himself from these little blood suckers and any rash-inflicting flora and fauna he might brush up against during his jungle exploration. 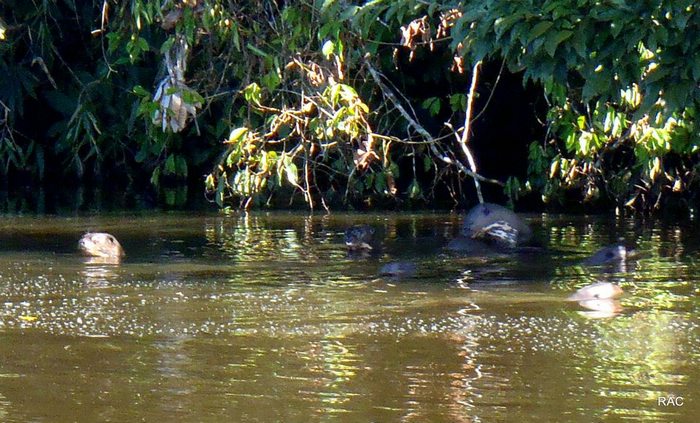 “I felt like I saw more wildlife in Puerto Maldonado than I did in Iquitos. I think this is because Puerto Maldonado is much smaller and less industrialized than Iquitos and you don’t have to go as far into the jungle to see wildlife.”

Among many jungle excursions that filled Ryan’s agenda, the tour to see giant otters was his favorite.  He and his tour group got an early start to the protected Oxbow lakes region for a glimpse of their morning activity.

“Giant otters are really endangered. After puttering around the lake our guide pointed out a family of six otters. They were swimming around and one caught a fish and they all started to bark in excitement,” Ryan said. “It was really cool, but we had to stay pretty far away because they get spooked easily and we didn’t want to scare them out of the lake.” 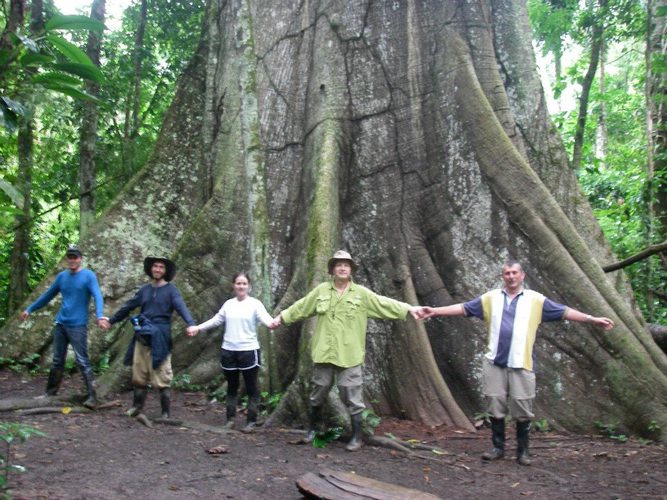 Brazil nut trees are among the giants of South America’s Amazon jungle.  Towering up to 200 feet tall, Ryan provided a simple, yet honest description of these trees. “They were huge!”

“Brazil nuts are really hard and we took turns with a machete trying to break one open.  It took four of us and ten whacks to finally break it open,” said Ryan, but it was well worth the effort. “They were really good. The taste is comparable to an almond.”

“Both Iquitos and Puerto Maldonado have their pros and cons, but even though it was the rainy season, I liked Puerto Maldonado better.  It was easier to get to the jungle lodge and there was more wildlife, at least when I went visited.”

Have you dreamed about going to the jungle in South America? Let one of our expert travel advisors make this dream a travel reality by contacting us now to start planning your own jungle adventure. 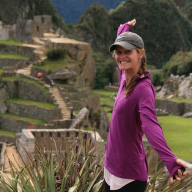 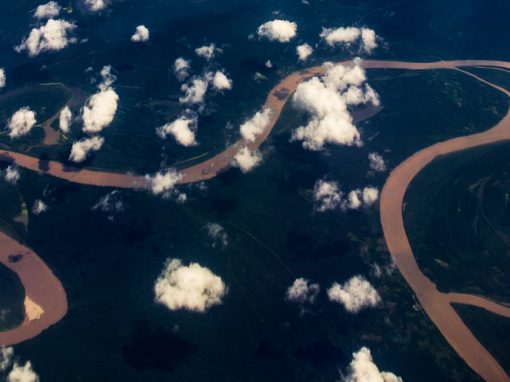 Iquitos Travel Guide: How to Explore the Peruvian Amazon

Check out our complete Iquitos guide for the best hotels in Iquitos, what to pack, Iquitos weather, top restaurants, expert advice, and more!

END_OF_DOCUMENT_TOKEN_TO_BE_REPLACED 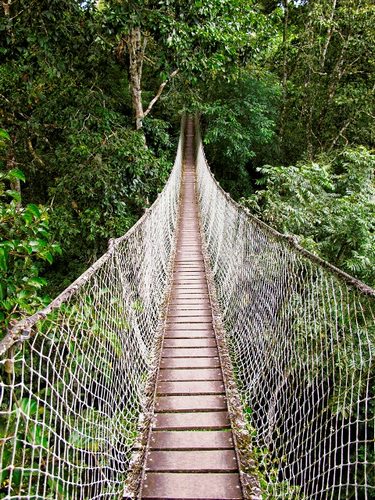