Satisfy your sweet tooth with Latin America's most popular and decadent dessert: the alfajor.

Alfajores in Latin America are similar to shortbread cookie sandwiches with a caramel filling, sprinkled with powdered sugar.

If you have a sweet tooth that only a pound of sugar can satisfy, you should definitely take a bite of a decadent alfajor, a kind of cookie sandwich that resembles a whoopie pie with a Latin American twist.

Alfajores come in all shapes, sizes, and variations depending on which part of Latin America you decide to experience them. These delicious babies are very popular postres, or desserts, throughout Latin America, but each country makes them a little bit differently.

What is an Alfajor?
What about the cream filling?
The Alfajor with a Latin American Twist
Make Your Own Alfajores

What is an alfajor?

Made with love.
Photo by Angel Castro/Pintrest

An alfajor is a popular Spanish-influenced dessert typically made with two dry, crumbly, and round cookies pressed together with a sweet gooey filling in the middle. Sometimes the cookies are cut into patterns, like flowers or hearts, and are lightly dusted with powdered sugar. They are often sold individually or in small packages at bakeries, or panaderias in Spanish. If you are attending a party and don’t know what to bring, a box of alfajores will ensure you are invited back.

What about the cream filling?

The sweet goodness that makes up the center of an alfajor is what gives the dessert its personality as well as its cultural attribution. They can either be filled with manjar blanco, (kind of like a caramel cream), dulce de leche (pure caramel), panela (the purest form of sugar cane), or honey.

Manjar blanco is a delicious caramel cream that is used in all kind of desserts in Latin America, including cakes, pies, and other sweet treats.
Photo provided by revistaialimentos.com.co

While these are the main kinds of fillings, sometimes they are called by a different name depending on the country you visit. For example, in Colombia, dulce de leche is called arequipe, and panela is called chancaca in Chile. In some countries like Mexico and Venezuela, there are desserts that resemble alfajores, but in fact are called golosinas, or small sweet treats.

The Alfajor with a Latin American Twist

Alfajores are tasty delights in Bolivia, Peru, Ecuador, Uruguay, Paraguay, Argentina, Chile, and Brazil; and every country has put its own special twist on the recipe. For example, in Argentina there is the alfajor de maicena, which has dulce de leche filling and shaved coconut around the sides.

Alfajores de maicena are very popular in Argentina and are made with caramel filling and shaved coconut.
Photo provided by Recetas Argentinas

In Chile and Bolivia, alfajores are made with chancaca, which is produced by boiling and evaporating unrefined sugar cane. In Mexico, the alfajores also have this, but it is commonly called piloncillo and is mixed with cinnamon and anise, which is used as an aromatic and flavorful spice.

Peru has different kinds of alfajores which vary from region to region. From Arequipa, there is the alfajor arequipeño. It is usually made with thin hojarascas, a kind of cookie which is popular in Chile, and filled with honey or molasses. But the alfajor de Sayán, from just north of Lima, is fluffy and soft and doused in granulated sugar. Probably one of the most unique versions of the Peruvian alfajor is the alfajor de penco, which is from the southeastern part of the country. It is typically a fried, layered pastry and made with anise, chancaca or manjar blanco, and walnuts.

Make Your Own Alfajores

Try these recipes to make your own delicious alfajores:

Experience the Flavors of Latin America

Peru for Less specializes in providing fully customizable packages to destinations throughout the continent. Contact us to chat with one of our experienced travel advisors to plan your next memorable getaway. 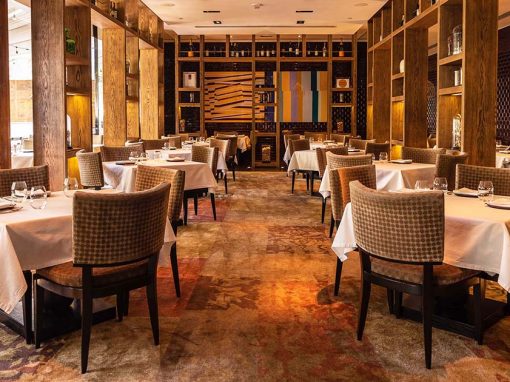 The 20 Best Restaurants in Lima: Where to Eat in Lima

The culinary capital of South America, Lima offers an incredible variety of flavors. Try the 20 best restaurants in Lima, Peru from traditional Peruvian to international cuisines.