Getting to know Peru's cultural traditions and habits is all about the experience!
by Britt Fracolli 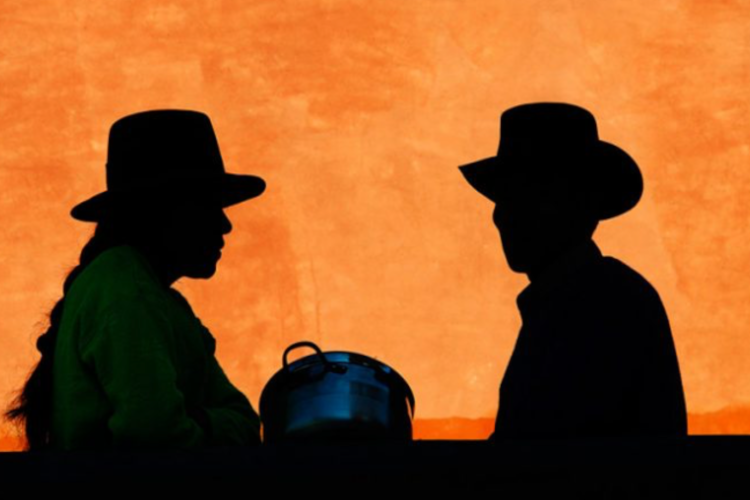 Responsible travel is not just about preserving the environment and supporting local communities, it’s also about experiencing a new culture, sharing and learning something new. Our team at Peru for Less believes that Peru’s rich culture is one of the absolute highlights of traveling to this country. Some cultural aspects are plainly evident, while picking up on other practices requires a careful eye and ear for detail. We’ve broken down some of Peru’s cultural traditions and habits and provided some helpful tips to prepare you for your vacation.

On a trip to Peru you’ll likely come across the word Quechua. The Quechua are described as the direct descendants of the Incas, but in the present-day, they comprise several indigenous groups scattered throughout South America. The Quechua culture is still very prevalent in the music, dance, dress, food and language of the Andean region in Peru. 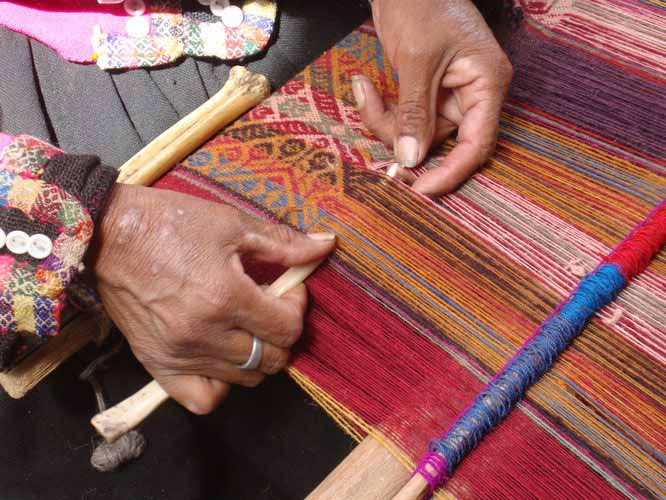 The vibrant Andean textiles sold in artisan shops in Peru have become a staple souvenir among travelers and play an important economic and cultural role in many Andean communities. Women generally wear skirts and petticoats, while men typically wear multicolored ponchos. To make these textiles, the wool of llamas, alpacas and sheep is spun, dyed, and woven into beautiful blankets and clothing. These textiles display intricate patterns and designs that communicate symbols and myths that are locally important.

Andean culture is also reflected in the local cuisine. The appearance of cuy, or guinea pig, on a restaurant menu may come as a shock to unprepared travelers. Guinea pigs are not considered pets in Peru, but rather a delicious food delicacy. Eating cuy is a tradition from Inca times, when the rodent was typically eaten by royalty. Today guinea pig can be ordered grilled, roasted or deep fried, served whole or chopped into smaller pieces, and the dish is still reserved for special occasions. 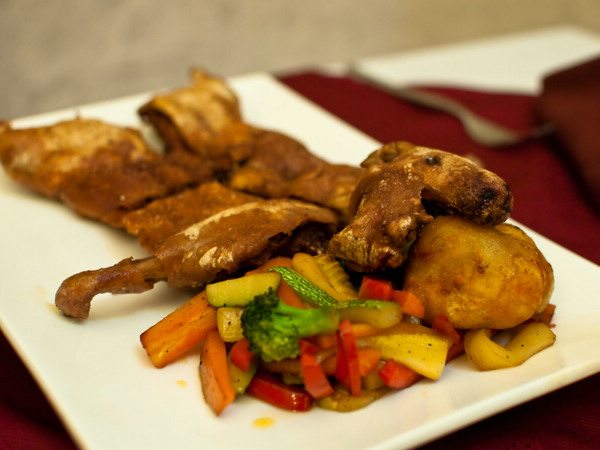 A confronting presentation of cuy. Photo from Off The Spork website.

The spiritual beliefs of modern Peruvians have deep roots in Inca mythology. This is especially true of those whom are raised in traditional Andean communities. One example is the continuing reverence shown to high mountain peaks, which are considered sacred and believed to be the dwelling places of powerful spirits called apus. Today people make offerings to the apus by gathering food, drink, coca leaves, and other plants as a symbol of gratitude for all that the spirits provide.

There are also many ancient rituals around Pachamama, or Mother Earth. The rituals are especially prevalent on August 1st, which is Dia de la Pachamama. On this day, there are massive ceremonies, offerings and rituals, following the core Andean practice of ayni, or reciprocity to the earth goddess.

Today, Roman Catholicism is the primary religion in Peru. You can find Roman Catholic churches practically everywhere – from the largest of cities to the tiniest of villages. This faith was brought by the Spanish during the 16th century, and today about 80 percent of Peruvians identify as Catholic, although other branches of christianity can be found across the country. However, many Peruvians still blend their faith with traditional rituals, such as still honoring Inti, Father Sun and Pachamama, Mother Earth as part of their festivals and offerings. Some even acknowledge Mother Mary and Pachamama interchangeably.

Cusco, the former Inca capital, has twelve sacred apus – one of which is Machu Picchu. Many travelers come to Peru to see these impressive Inca ruin. However, it’s important to remember that for locals, these are more than just ruins, they are sacred, historical places. Being environmentally-friendly is not just common sense, it’s also a way to demonstrate cultural awareness and sensitivity.

Here are some guidelines for respecting Machu Picchu:

When it comes to social events, it may be helpful to know that many people from Peru operate on “Peruvian time.” In other words, the cultural norm is to arrive late. If you make plans to meet your new Peruvian friends for dinner at 7:30 p.m., chances are they will show up closer to 8 p.m. One important exception to Peruvian time is for official business or travel matters, such as a flights, bus departures, or tour schedules, and it’s best to show up on time.

Greetings in Peru are quite important and more pronounced than you might be used to. For women, between friends, friends of friends and family, whether male or female, it is customary to give a kiss on the cheek (air kiss). If they are close friends or family this is usually accompanied by a hug. Between men, the greeting is typically a handshake accompanied by a pat on the back or a one-armed hug.

The physical gesture is usually paired with an hola and buenos dias (good morning) if it’s before noon, or buenos tardes (good afternoon/evening) if it’s between noon and 7pm. It is also common to follow up with a como estas? for how are you (or como esta if formal) or a que tal? for how’s it going. To address those older than you, it is a sign of respect to address them as señor or señora before their first name.

To say goodbye, the physical gestures remain the same, generally accompanied by a chau (bye) and hasta luego (see you later). 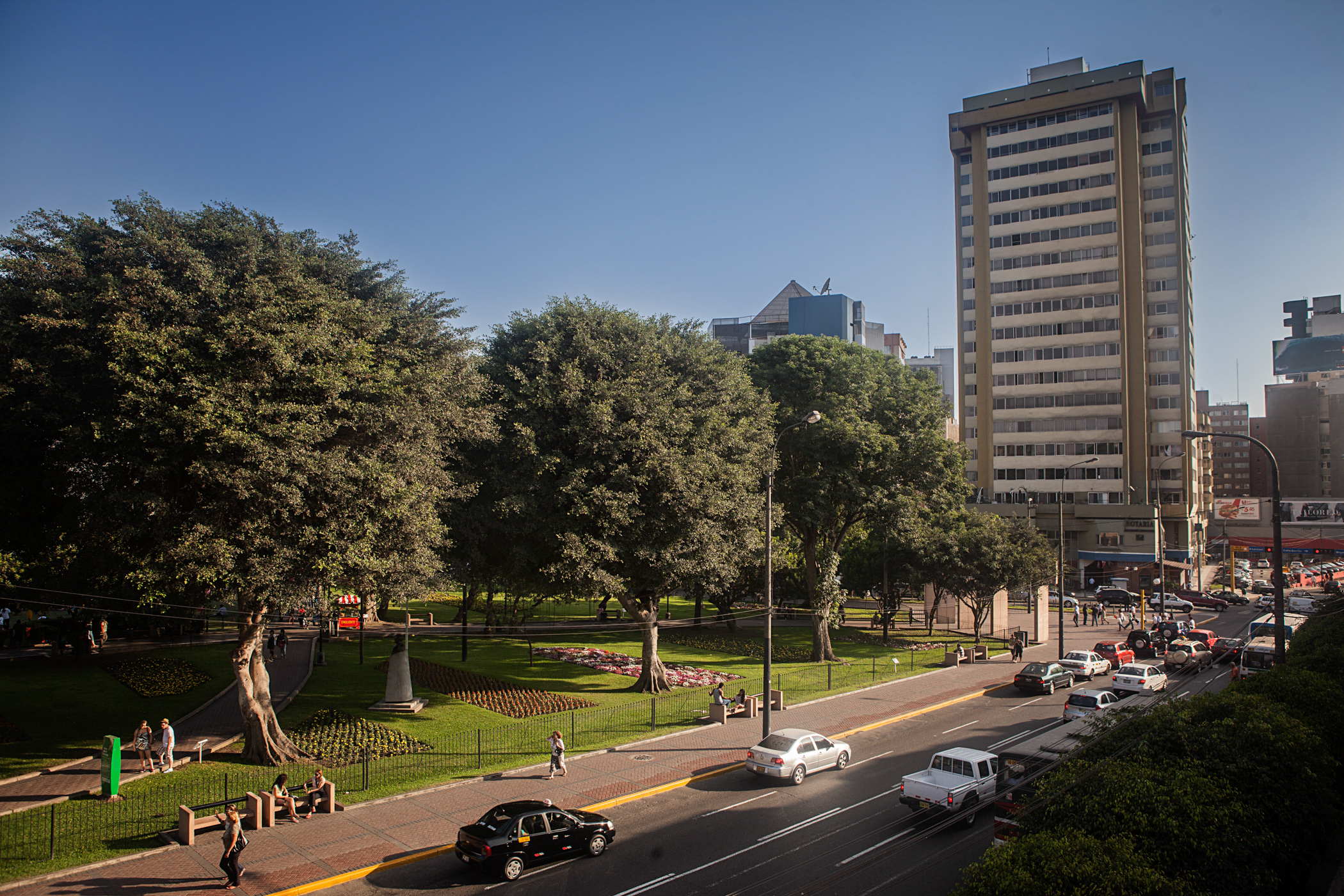 There can be a bit of a culture shock that comes with visiting Peru. Some customs may be a bit different than you are used to. It is helpful to remember that this is, in fact, a whole other country and therefore makes sense that a bit of adaptation is necessary to make yourself feel at home. Here are some things to keep in mind:

You might be used to people giving you the distance of an arms-length away. In busy metropolitan areas of Peru, personal space is more like an elbow length away. People brushing against your shoulder when passing or standing closeby when in the shops or parks is commonplace. Don’t take it personally, no one is trying to disrupt your day, they’re just going about theirs. However, if you ever feel uncomfortable because someone is too close or that someone is encroaching on your space with ill intentions, do remove yourself from the situation immediately.

There is a stop sign and a speed bump, so I can cross, right? The truth is, probably not. It is very normal for cars to speed-hop the bump and fly the stop sign. Always air on the side of caution when crossing the street. If you feel confident you can cross, confirm with eye contact and the driver physically motioning that you can cross. At major intersections, it is all about strength in numbers. In other words, cross with the mob of people when it’s green to cross. Always look both ways, even if it’s a one way, and be extra cautious of motorcycles. You need to be a few notches more alert when walking the major cities of Peru. Also, honking is like a well-rounded street language here. There seems to be a special honk for just about any interaction between vehicles on the road, which can make it quite noisy along major avenues.

There is not just one single bus company with a neat printed card of routes and times of departure. There are dozens of buses from large ones to small, from the official “Metropolitano” to the beaten-up, smog-coughing combis (minibuses). Stand on a street corner and there will be a handful of combis and buses that pass by. This is convenient if you know where you’re going, but can be super confusing if you don’t.

Your best bet is to know the name of the stop, major destination or intersection you want to go to and ask the driver if they stop there before you step on. In Lima, the Metropolitano is a bit easier to navigate than an average street bus. This option runs along the major thruway of the city, and with a dedicated lane and specific bus stops. It is a great way to get to the historic center. Keep in mind that all options are extremely crowded at rush hour and, especially on the Metropolitano, it’s unlikely you’ll get a seat.

Carry 20 soles bills and smaller. Chances are that cute souvenir shop or convenient store or taxi driver will not have change. When you walk into a store back home you generally don’t question whether or not the cashier will be able to break the large dollar bill you’ve just handed them, it’s assumed. This isn’t the case in Peru, as small change is a precious commodity and you’ll learn to be aware of what coins you have in your wallet. Local currency from ATMs is usually dispensed in 100 soles increments, which are best to break at large supermarkets, department stores or touristy restaurants when you make a purchase.

Lines may also be different than you are used to. You may notice at times there are multiple lines that you have to wait on. At the pharmacy, for instance, first you may have to wait on one line to select and order your item. Then you have to go to another to pay for it. Then finally, return to the original person so that they can hand you your purchased item. You may also find this with certain pricier items at supermarkets as well.

Once you are actually on a line, you may also notice that people stand a bit closer than you are used to. In some instances, you may find that people will cut you on line, in which case you may have to respectfully assert your place. The first come first serve rule may not always be so recognized by people in a hurry in Peru – though typically it is, there are times when not.

The real cultural experience begins when you encounter a language barrier. Spanish is the primary language of Peru, along with Quechua and Aymara. The local people you encounter will most likely speak little or no English. Before your trip it’s a good idea to familiarize yourself with some Spanish phrases and carry a travel-size dictionary on your trip. Raising your voice while repeating your question to a Spanish speaking audience won’t help the situation.  Patience and a little non-verbal communication – hand gestures, facial expressions and writing down the names of destinations – can usually do the trick and most people are happy to try to help you out.

In general, Peru is a conservative country and as a traveler it’s best to dress the part. What you consider a cute little outfit might be culturally offensive and risqué to some people in Peru, especially in churches. When in doubt, cover more skin to avoid drawing attention.

In Cusco you will see local women wearing bright local textiles against spectacular scenes right out of National Geographic and you’ll likely want to take a picture to capture the moment. Be respectful and make sure you ask before taking pictures of people, especially if you sense they’re uncomfortable with your attention.

There’s something to learn with every new, strange or exciting cultural encounter. Educate yourself about the local ways in Peru and then soak up the experience. This way, you’ll return home with more than just pictures!

Let our team of travel experts help you out! Peru for Less helps travelers like you plan customized trips throughout Argentina, Peru, Chile, Brazil, and beyond. Contact us today.

END_OF_DOCUMENT_TOKEN_TO_BE_REPLACED 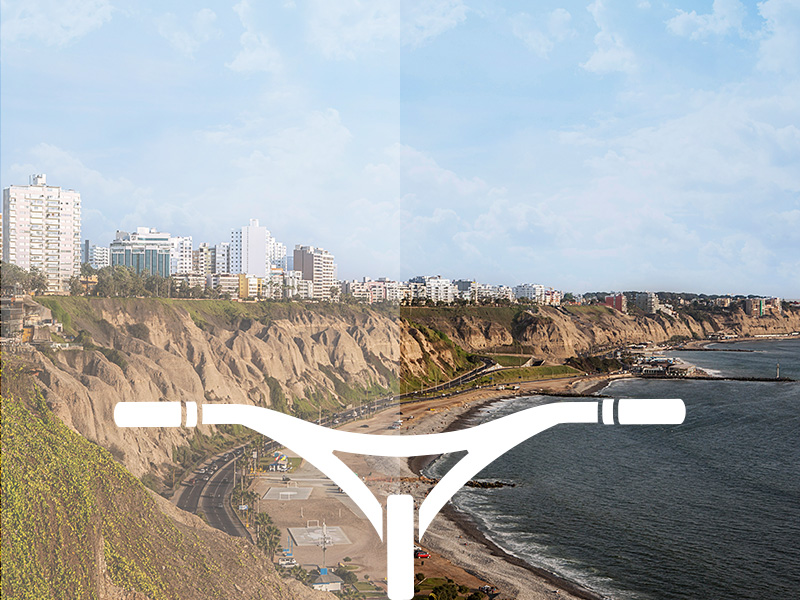 Tucked within a small shopping center on Avenida José Larco, Lima Bici is an independently owned bike shop and bike