Bragging rights go to the Puno Candelaria, a huge festivity that was named a piece of Peru's intangible cultural heritage by UNESCO. 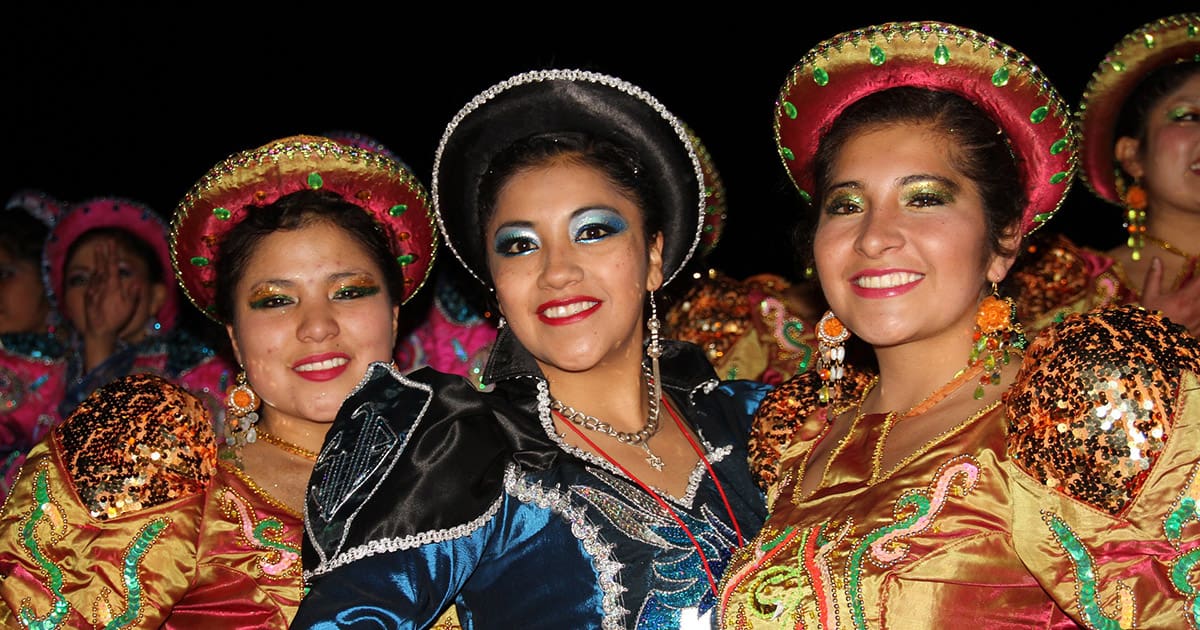 Three women in traditional dress at the Virgen de la Candelaria Festival in Puno. Image by Monica Volpin from Pixabay.

Peru is a country known for its rich history, mysterious ancient ruins and deep cultural roots. And it should come as no surprise that UNESCO Intangible Cultural Heritage recognizes Puno’s elaborate celebration of the Feast Day of the Virgin of Candlemas (La Fiesta de la Virgen de la Candelaria). The Puno Candelaria is celebrated every year during the first two weeks of February and is marked by parades, brightly colored costumes, fireworks, and live traditional music and dancing.

This article was updated by Gina Cronin January, 2020. 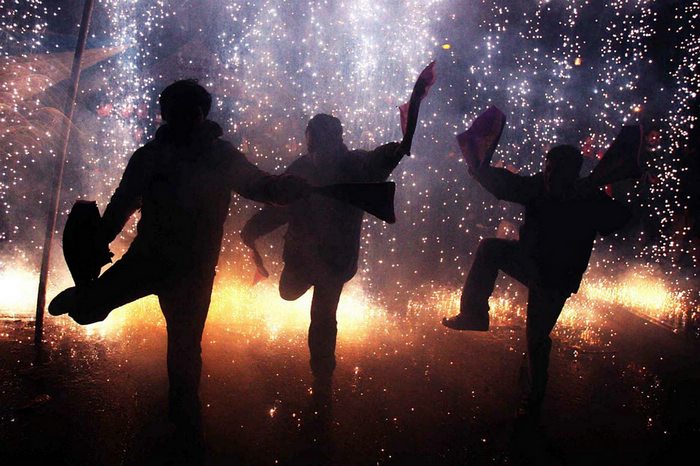 The history of Puno Candelaria dates back to the era of the Spanish Viceroy of the 16th century, but has grown into a lively celebration and ultimately the party of the year in Puno city. The Virgin of Candelaria is the patron saint of Puno.

Every year, the festivities include tens of thousands of dancers in vibrant costumes and over 5,000 musicians who reenact hundreds of traditional dances. Preparations for the festival are extensive and start almost a year in advance, involving more than 25,000 costume makers, choreographers and sponsors. In terms of number of events taking place as well as the number of people involved, Puno’s Fiesta de la Virgen de la Candelaria is the third largest festival in South America. It is behind only Carnival in Rio de Janeiro, Brazil and Carnaval in Oruro, Bolivia. 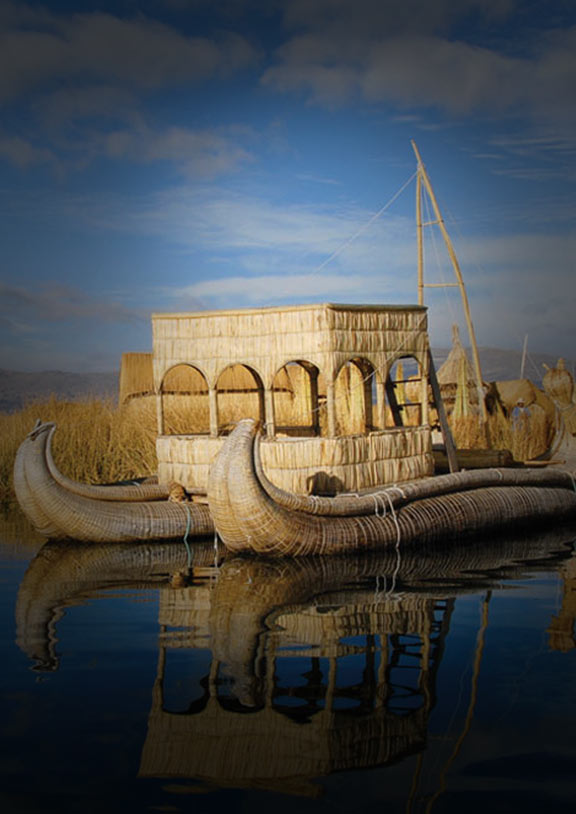 The official dates for the 2020 Puno festivities are between the 2nd and 11th of February. Here is the schedule of main events for 2020, which are very similar to the flow of activities that take place each and every year.

Many puneño/as (people of Puno) and visitors alike begin the celebrations early on the 1st with fireworks and the burning of dry herbs on a grand fire in front of the sanctuary of the saint.

By the 2nd, celebrations are in full swing, with huge gatherings in the main square for ceremony, processions, native dances, musical acts and spiritual demonstrations in honor of the Virgin of the Candelaria.

The celebrations continue with spirited performances by many different bands and dancers. They also have competitions in the main squares.

A long day dedicated to the Virgin of Candlemas. The dancers, bands and public attend a 5am mass, at first with every day clothing. Later the explosion of ensembles begins anew, with dancers and musicians taking to the streets in their elaborate costumes. The night ends with fireworks.

This day is marked by a costumes of light costume contest at the Torres Belon stadium. Into the evening, more dancing and music reverberates through the city.

The celebrations end on a devotional note with the great veneration of the Virgin of Candelaria. The masses march and dance through the streets, and end off with an enormous procession of more than two miles. 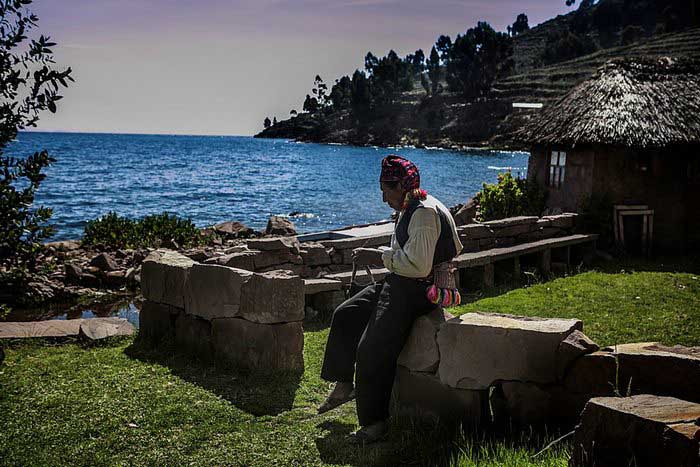 The people of the Island of Taquile in Lake Titicaca are known for their beautifully woven handicrafts which has gain international recognition by UNESCO since 2005. Photo by Ana Castañeda Cano/Latin America for Less

The Puno Candelaria festivities celebrating the feast day of the city’s patron saint are among 10 other UNESCO Intangible Cultural Heritage practices unique to the country of Peru. The textile crafts of the Island of Taquile of Lake Titicaca and the original scissor dance known as Danza de las Tijeras have also made the list of Intangible Heritage traditions.

If you plan to travel to Puno during this time, expect huge crowds and limited availability of hotels and tours. It is truly a sight to behold and an unforgettable experience, but be sure to plan far in advance and keep your personal items safe and secure. Also, stay with your group – it can be easy to lose track of loved ones in a sea of nearly 100,000 people.

Want to experience one of South America’s most lively celebrations? Contact us now and we can help book your trip to Lake Titicaca in Peru! 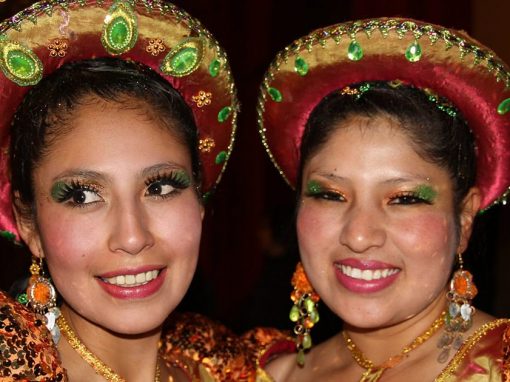 A Puno festival: Celebrating the Virgin of Candelaria

The dancing, music, and bright colors of the Festival of Our Lady of Candlemas are sure to lift your spirits.

END_OF_DOCUMENT_TOKEN_TO_BE_REPLACED 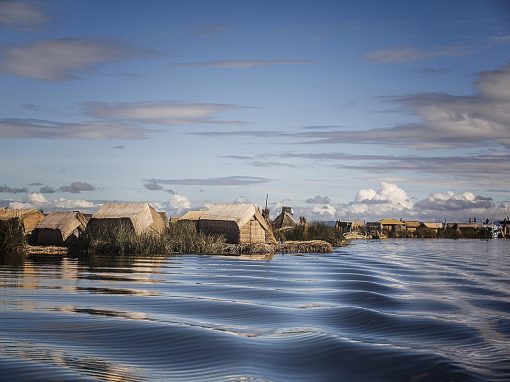 One of the most unique sites on Lake Titicaca are the floating Uros Islands. Learn about the history, culture, tour options, and more!