Celebrating Carnival in the Cajamarca Highlands

Peru is a top destination for Carnival, and the city of Cajamarca stands out for traditional celebrations! 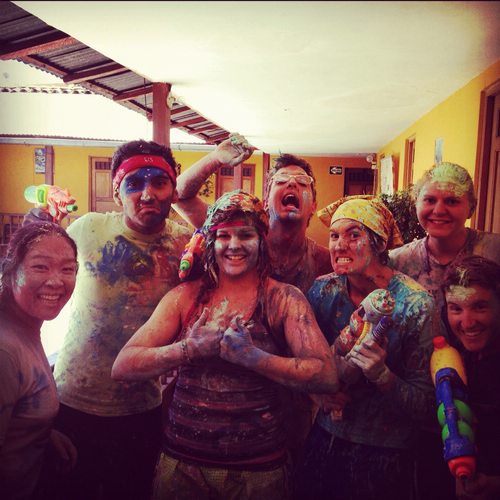 Latin America for Less employee, Katherine Krieger, after a paint-water fight at Carnival

Every traveler needs to experience Carnival in Rio de Janeiro, the ‘Biggest Party in the World’, at least once in their lifetime. However, Rio is not the only place travelers can experience the festivities. Peru has become a leading destination to enjoy Carnival and the city of Cajamarca stands out for its traditional celebrations.

Cajamarca is worth visiting at any time of the year, with its coastal deserts and beaches high into the Andean highlands. However more than its breathtaking scenery, Cajamarca is nationally renowned for its Carnival celebrations which occur  annually for the entire month of February. 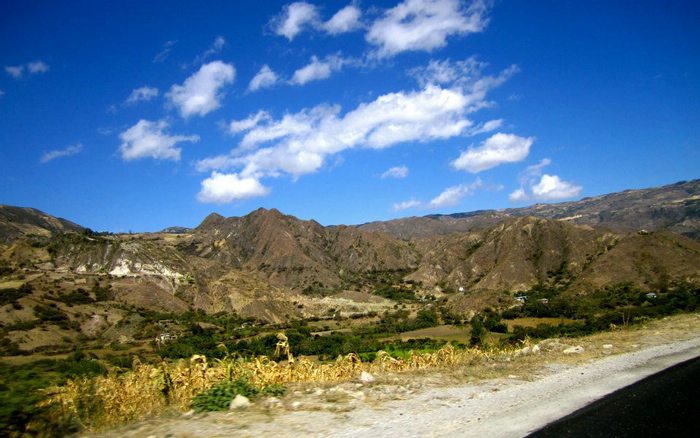 Peruvian culture is a mix of both native traditions and customs imported by the Spanish colonists and Catholic traditions continue to drive many aspects of Peruvian life, including Carnival. The festivities act as a precursor to the solemn Lenten celebrations that follow.

One of the most electric holidays, Carnival is a celebration full of music, food, and water! Travelers should expect to get wet during their visit to Cajamarca and are recommended to always be looking over their shoulder from oncoming water balloons. Both children and adults partake in the in the traditional festivities, becoming the most celebrated holiday in the region.

The typical Andean highland ritual of the yunza, also known as ‘umisha’ in the jungle and ‘cortamonte’ in the coastal region, is an important aspect of Carnival. An enormous tree is planted, full of decorations and presents, and people dance around the yunza, as the tree is cut down. The couple that delivers the final cut is then responsible for organizing the yunza next year!

Cajamarca takes a three day weekend to celebrate its most famous parade but the music and dancing at the Plaza de Armas can be heard all throughout the week leading up to Carnival. The preparations can be long and complicated but once that Friday comes around, the entire city stops and rejoices.

Saturday is deemed as paint-day which in essence means anything goes! The paint mixture consists of water, flour, and paint, and people of all ages paint each other, the town and any poor car that passes by. Our Latin America for Less TA’s who have attended Carnival in Cajamarca recommend mixing paint and water into a water gun and spraying anyone who comes near.

The parade on Sunday is perhaps the most familiar and important aspect of the celebrations, for each Peruvian city has its own unique traditions but they all have the symbolic parade filled with choreographed costumes and dances. It manages to bring everyone together, albeit in brightly colored costumes, to celebrate their unique culture. Neighborhoods and communities create their allegorical floats for the parade and dance the traditional styles of dances such as the ‘pandilla dance’.

Finally, how could it be a carnival celebration without the two most recognizable figures in any celebration: the Carnival Queen and King Momo. The Carnival’s Queen is elected by the public and she presides over the music contest that take place on Queen’s night. The King, known in Spanish as ‘No Carnavalon’ traditionally rules over the festival’s parades as an embodiment of the God of craziness and fun. A representation of King Momo is traditionally burned on Ash Wednesday as a way of ending the festival and banishing any lasting sins before the Lenten season. 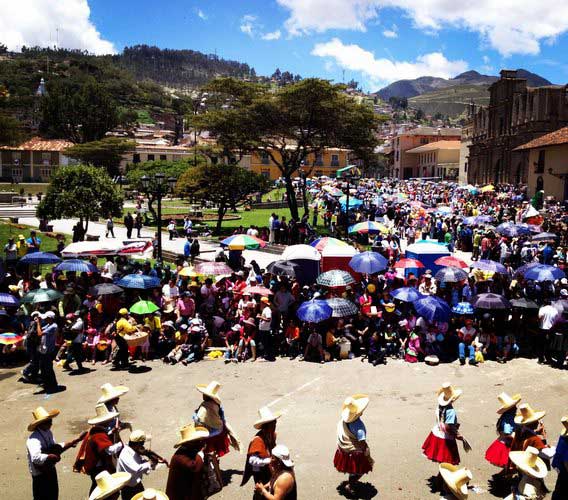 The Colorful Carnival Parade in Cajamarca

Celebrate the month-long Carnival in true Cajamarca style, by eating, singing and dancing to to all the different rhythms on display. The locals will make you feel at home, that is of course until they surprise you with water balloons.

Our travel advisors at Peru For Less are specialists in travel to Cajamarca and other top destinations in South America.  Contact us to start planning your dream Peru vacation. 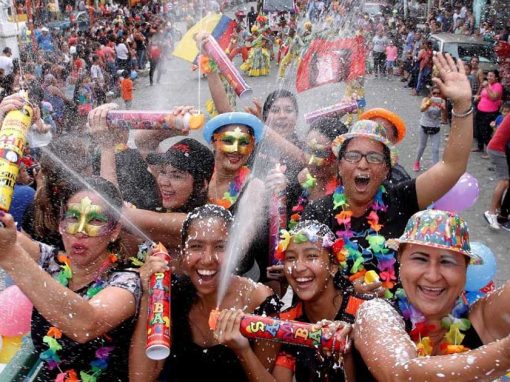 Carnival in Ecuador: How and Where to Celebrate

Explore traditions and regional ceremonies for Carnival in Ecuador, plus the date for 2021 and how to plan your trip to the festivities.

END_OF_DOCUMENT_TOKEN_TO_BE_REPLACED Carnaval in Rio de Janeiro has achieved fame as the world’s biggest party. Celebrated in February, it’s a festival with roots in Catholic religion.