How to Visit the Nazca Lines

Visit Peru's geoglyphs – some as large as 900 feet – chiseled onto the dry, canvas-like desert of Nazca.

Flying over the Nazca Lines. Photo by Adriana Proaño.

The first thing to remember before setting out on a Nazca tour is to bring a water bottle. The vast geoglyphs – some as large as 900 feet – including the famous hummingbird, monkey, and spider, are chiseled onto the dry, canvas-like desert of Nazca. The climate is one of the driest in the world – barely 2 inches of rainfall per year.

You can view the lines by climbing the Mirador, an observation tower perched on a hillside by the Pan-American highway 20 km north of Nazca. This tower overlooks the geoglyphs known as the hands, the lizard, and the tree.

But the best way to view the lines is to take a 30 minute charter flight departing from the small Nazca airport. From 900 ft, you can view the condor, monkey, hummingbird, whale, and others within the half hour. It’s best to take a flight early in the morning between 8am and 10am, or in the mid-afternoon around 3pm and 4:30pm, when there is less air turbulence.

It was the advent of air travel that brought the Lines to the attention of serious scrutiny. In 1939, the American professor Paul Kosock, researching the irrigation systems nearby, hired a dust cropper plane to take him over the Nazca plains, where he spotted the now-famous hummingbird geoglyph.

Kosock was later joined by Maria Reiche, a German mathematician who dedicated her life to studying and preserving the geoglyphs. Reiche, like Kosock, believed the lines represented an astronomical calendar. There is now a Nazca planetarium named after this famous champion of the Lines. Her house in the village of San Pedro, is now a Reiche museum that exhibits her sketches and other artifacts.

One of the most convincing theories is that the lines are likely connected to water worship. The Peruvian archeologist John Isla points to the Nazca people’s intricate irrigation system as evidence that these desert-dwellers had developed an intimate – even worshipful – relationship with water.

Many of these advanced aqueducts still operate today. You can view the Puquios, spiraling wells leading to underground channels, and the aqueduct of Cantalloc, with a guide.

The Nazca society developed around 200 B.C. alongside a river basin that allowed them to grow cotton, beans, corn, and other crops, near the ceremonial center Cahuachi, 28km from Nazca. The Nazca River, which flows underground in some areas, springs up at the foot of this temple. Shells from the coast of northern Peru have also been found at the top of ceremonial altars on glyphs and mountains – most likely imported as offerings to water deities. You can see the latest archeological findings from this site in the Didactic Antonini Museum.

Even the most plausible hypotheses are inconclusive, and the more colorful alternative proposals are downright entertaining. The sci-fi writer Erich von Daniken suggested that the Lines were airstrips for extraterrestrial spacecraft. Jim Woodmann published a book proposing that the Nazca people must have been appreciated their vast geoglyphs via a primitive smoke-propelled hot air balloon. Needless to say, these hypotheses have also been discredited.

The purpose of the Nazca people’s lines is still a matter of debate, and that is part of their appeal. Visitors take to the skies over Nazca to see these amazing geoglyphs, each in hopes of discovering some key to these enigmatic lines.

Check out a variety of Peru Tours. Call and chat with an expert travel advisor today!

END_OF_DOCUMENT_TOKEN_TO_BE_REPLACED 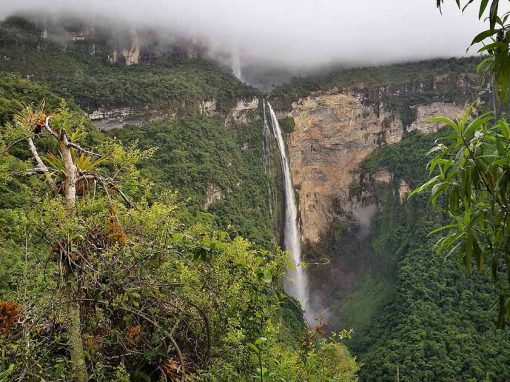